Cannes 2013: Festival rocked as Chopard jewels worth $1 million are stolen 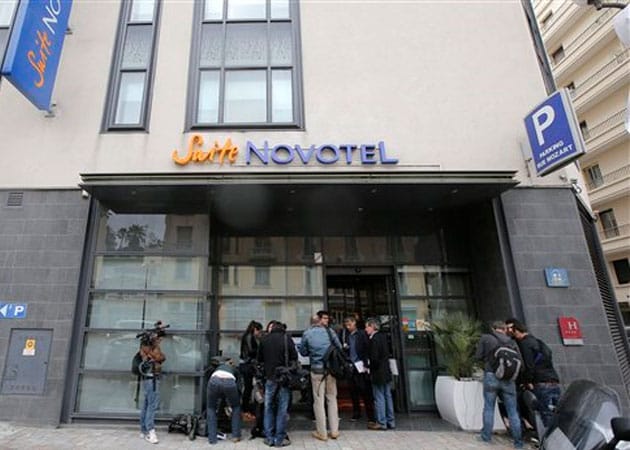 $1 million worth of jewellery has been stolen from the hotel Novotel, fifteen minutes from the festival venue. (Image courtesy: AP)

Jewellery worth more than $1 million due to be loaned to stars treading the red carpet at the Cannes Film Festival was stolen in a pre-dawn heist on Friday but the coveted Palme d'Or trophy was safe, officials said.

Jewellery worth more than $1 million due to be loaned to stars treading the red carpet at the Cannes Film Festival was stolen in a pre-dawn heist on Friday but the coveted Palme d'Or trophy was safe, officials said.
In a scenario itself worthy of a movie, thieves broke into the room of an American employee of Swiss bijoutier Chopard, ripped a safe off the wall and made off with the jewels, according to police reports.
The robbery took place at around 5:00 a.m (0300 GMT) at the Novotel hotel, 15 minutes from the festival venue, they said.
Chopard is one of the official sponsors of the festival, and one of its stores, complete with its own red carpet, lies on the palm-fringed beachfront, just opposite the venue.
The jeweller redesigned the Palme d'Or trophy and each year lends out jewellery to stars for their walk up the red-carpeted steps at the Palais des Festivals.
The photo-calls are hugely valuable to makers of gowns and jewellery, providing media exposure around the world.
An official linked to the festival said the trophy was safe.
The Palme d'Or features 118 grammes (four ounces)) of yellow gold, with a value of more than 20,000 euros ($26,000), set in a base of rock crystal.
The history of the trophy dates back to 1955 -- by coincidence, the year that Alfred Hitchcock made To Catch A Thief, about a gentleman robber and a jewel heist on the French Riviera.
The Cannes Film Festival is ranked as the world's most prestigious movie meeting.
Famous for a backdrop of an azure-blue sea, luxury yachts and champagne parties, it lures thousands of actors, directors, producers and movie buyers.
As a result, security in the streets and hotels is very high.
Thefts do occur, but police said they had no knowledge of any loss as big as Friday's during the annual 12-day bash.
Last year, thieves made off with four watches worth 400,000 euros ($513,000) belonging to football stars Souleymane Diawara and Mamadou Niang who were in Cannes for the festival.