Cannes 2014: America Ferrara Has Unwanted Visitor Under Her Dress 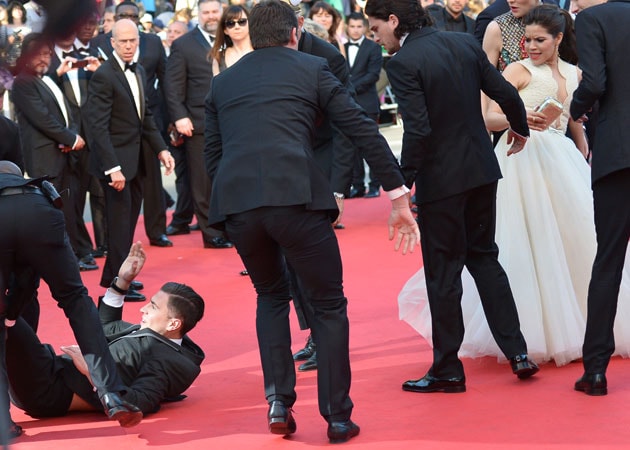 The prankster Vitalii Sediuk is dragged away by minders after he tried to slip under America Ferrera's dress. Image: AFP

A man rushed onto the red carpet at the Cannes Film Festival and dove beneath the dress of actress America Ferrara. 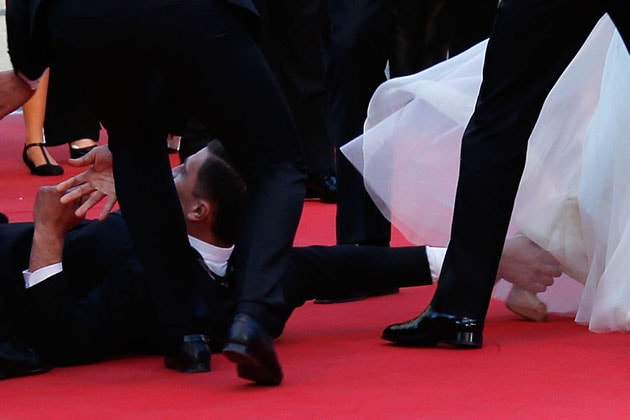 Security officials quickly pulled the man away as he tried to hide under America's voluminous gown before the Friday premiere of How to Train Your Dragon 2. 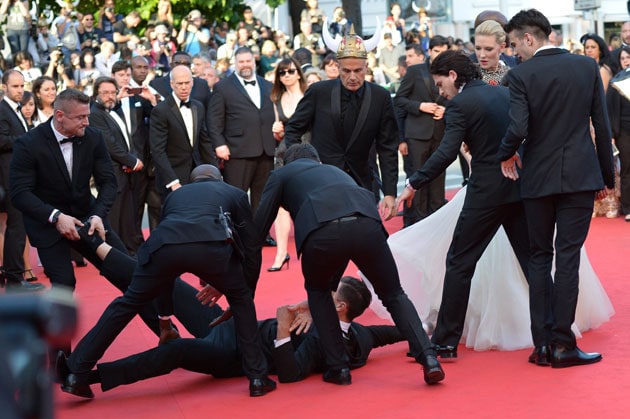 It was a bizarre incident on a red carpet renowned for its strict decorum. The man was later identified as Vitalii Sediuk, a Ukrainian prankster known for such stunts.
Yet Ferrara didn't seem ruffled on the carpet and was in good spirits at the movie's after-party, laughing with guests and taking pictures.
She declined comment on the incident, however, and festival organizers didn't immediately return messages about the matter. .
The former Ugly Betty star was on her way into the Palais des Festivals for the world premiere of the DreamWorks animated sequel.