Cannes 2015: A Blockbuster Opening With Spotlight on Women 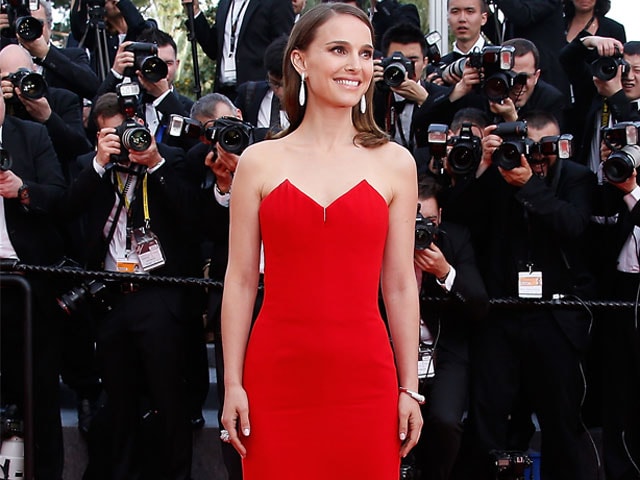 Natalie Portman is presenting a special screening of her direction debut - A Tale of Love and Darkness. Image courtesy: AFP

The Cannes Film Festival eschewed its usual blockbuster opening on Wednesday to give its coveted first slot to a film by a woman director for only the second time.

But it is another woman, Cate Blanchett, who stole the headlines with revelations about her past lesbian relationships.

The Oscar-winning actress appears alongside Rooney Mara in Carol, a Todd Haynes film in the running for the top Palme d'Or prize, which tells the story of a love affair between two women in New York in the 1950s.

When asked by Variety magazine ahead of the premiere if this was her first turn as a lesbian, she replied with a smile: "On film - or in real life?"

Pressed on whether she had had past relationships with women, Cate said: "Yes. Many times," without elaborating, the magazine reported.

The gritty drama marks a change from the normally flashy opening hits such as Moulin Rouge! or The Fifth Element.

The pace will pick up quickly over the coming 12 days, with a number of high-octane extravaganzas, including Mad Max: Fury Road starring Tom Hardy and Charlize Theron, Taiwan's The Assassin and Japan's Yakuza Apocalypse.

France is particularly well-represented in this year's race for the top prize, making up five of the 19 Palme d'Or entries.

There are some grumblings in the French press, however, over the increasing anglophone dominance, with several European auteurs using Hollywood stars and the English language to boost their chances in global markets.

Having come under fire in recent years for a lack of female representation, the festival also appears to be putting a greater focus on women this year.

Although only two women are up for the top prize, the festival will celebrate legendary director Agnes Varda - who made her name during the French New Wave of the 1960s - making her the first woman to receive an honorary Palme d'Or.

Oscar winner Natalie Portman is presenting a special screening of her direction debut - A Tale of Love and Darkness - about the early years of Israel.

Cate Blanchett told Variety however that mid-range films with women at the centre were still ?tricky to finance?.

"There are a lot of people labouring under the misapprehension that people don't want to see them, which isn't true," she said. 'Order comes from chaos' The jury is led this year by favourites Joel and Ethan Coen, who won the Palme in 1991 for Barton Fink and the runner-up Grand Prix for Inside Llewyn Davis two years ago.

"We love Cannes and the festival. We have come here very often," Ethan Coen told France's Le Figaro newspaper in an interview published on Wednesday.

They promised to try to confuse their jury, which includes stars Jake Gyllenhaal, Sienna Miller and Sophie Marceau.

"We fully intend to give them contradictory orders, and then see what happens," Ethan joked.

"That's exactly what we do on the set of our films," his brother Joel added. "Up to now it's worked pretty well. Order comes from chaos."

They will judge a typically eclectic selection that includes Matthew McConaughey in The Sea of Trees, and Michael Fassbender risking the cursed role of Macbeth.

Among the highlights appearing outside the competition are Woody Allen's latest, Irrational Man, and a new Pixar animation called Inside Out.

The festival is also the biggest film industry get-together of the year, with about 12,000 delegates from 116 countries expected to attend, hawking their movies and closing deals.

Insiders say this year's marketplace has a number of interesting upcoming projects.

And Aardman animator Nick Park, the man behind Wallace and Gromit, is also in town, looking to finance a new $50 million project, trade magazine Variety reported.

But industry insiders say there's a shortage of massive blockbusters that can prop up the industry.

"Where are the Bruce Willises?" bemoaned one distributor in Wednesday's Variety.