Cannes 2016: Freida Pinto on How to Tackle Wage Gap Issues

Freida Pinto says that the non-profit production company called 'We Do It Together' is the answer to the 'pay gap' buzz, adding that the campaign is a 'doer not a talker' 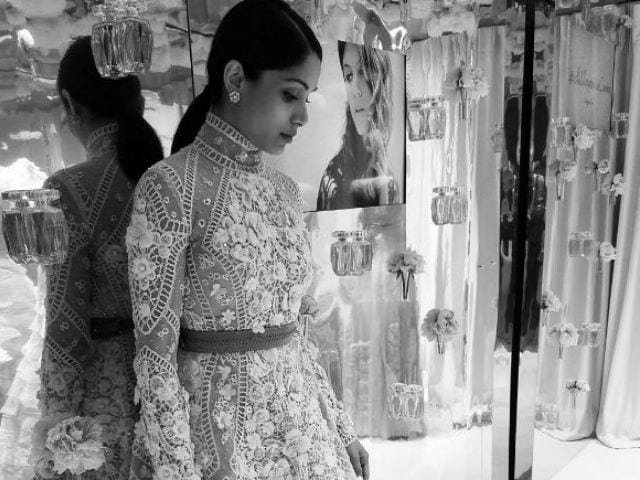 This image was posted on Instagram by Freida Pinto

Freida Pinto is attending the ongoing Cannes Film Festival with a purpose in mind - women empowerment in showbiz.
The US-based Indian actress said that the non-profit production company called 'We Do It Together' is the answer to the 'pay gap' buzz, adding that the campaign is a 'doer not a talker.' "It is not a corporate annual fund, so money doesn't necessarily come from a studio. It is more like a donation thing to fund films on women made by women specifically for everybody to enjoy," Freida told IANS over phone.
"To make them more popular, we need more women-based stories and we actually need stories that are written, produced and directed by women," she added.
Freida is one of the members of the advisory board, which also includes stars like Jessica Chastain, Juliette Binoche, singer Queen Latifah, and film director Catherine Hardwicke.
The Slumdog Millionaire actress along with other celebrities addressed a press conference at Cannes for the first project of the non-profit production company, which aims to produce films and TV shows that boost the empowerment of women.
Freida said: "I think that is where we are trying to tackle the whole diversity, the gender gap, pay gap among all the industries not just Hollywood and Bollywood. In that sense, I would say that the campaign is doer not a talker."
The actress, who was also seen sharing screen space with Hollywood's The Dark Knight star Christian Bale in Terrence Malick's film Knight of Cups, has projects like Jungle Book: Origins and Yamasong: March of the Hollows up her sleeve.