Cannes 2016: Freida Pinto's Trip to French Riviera Will be About This 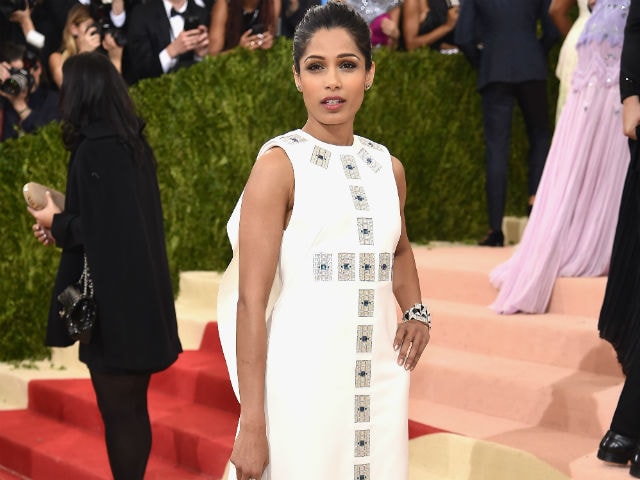 Actress Freida Pinto will reportedly attend the upcoming 69th Cannes International Film Festival to launch the first project of non-profit production company called We Do It Together, which focuses on women's empowerment in the entertainment industry.
Freida is one of the members of the advisory board which also includes stars like Jessica Chastain, Juliette Binoche, singer Queen Latifah, and film director Catherine Hardwicke.
Other members are director Hany Abu-Assad, actress Zhang Ziyi, director Amma Asante, director Marielle Heller, director Katia Lund, director Malgorzata Szumowska, actress Alysia Reiner, National Humanities Medal honouree Henry Louis Gates and director Haifaa Al-Mansour.
The Cannes International Film Festival will commence on May 11- 21, 2016.
According to sources, Freida will be a part of the prestigious gala on May 15 to announce the first project of the company.
The production company We Do It Together (WDIT) aims to produce films and TV that boost the empowerment of women. The company also hopes to partner with male and female industry professionals to create a slate of gender-led projects, and to generate opportunities for women.
The organisation also participated at the United Nations' Third Annual Power of Collaboration Global Summit in February.
Freida's upcoming projects include Jungle Book: Origins and Yamasong: March of the Hollows.