The jury, with four women and four men around Cannes Film Festival president George Miller, is one of the "most feminine" in the film festival's 69-year history. The festival has been attempting to improve its equality credentials in recent years after long being accused of being a "boys' club" 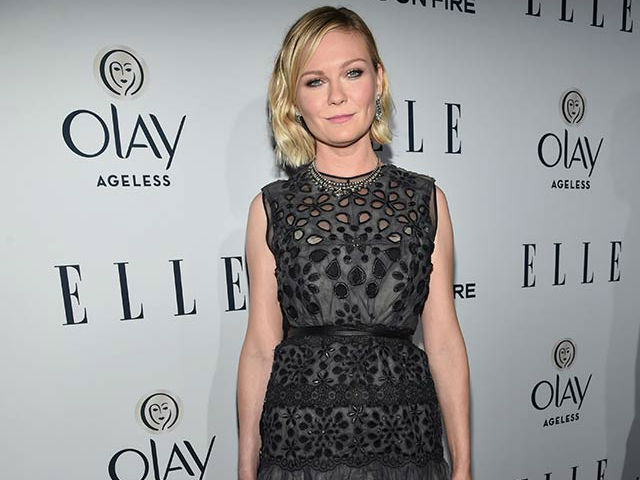 Actresses Kirsten Dunst, Vanessa Paradis and Valeria Golino will sit on this year's Cannes jury, the organisers said Monday, making it one of the most feminine in the film festival's 69-year history.
The Iranian producer Katayoon Shahabi - one of the most powerful women in the country's film industry - will also feature on the nine-member jury presided over by George Miller, the Australian creator of the Mad Max films.
At 80, the veteran Canadian actor Donald Sutherland is the oldest of the group which will next month decide who wins the Palme d'Or, the top prize at the world's most prestigious film festival.
Cannes Film Festival has been attempting to improve its equality credentials in recent years after long being accused of being a "boys' club."
"Cannes has always sought to adopt a universal and international approach," a statement from its organisers said. "The jury will therefore include four women and four men around George Miller," it added.
There were also four women on last year's jury, but this year all four are from within the industry.
Child stars
Hollywood star Kirsten, 33, lifted the best actress award at Cannes five years ago for her part in Lars von Trier's Melancholia.
Like the French actress and singer Vanessa she was a child star before building a glittering career by mixing arthouse hits like Interview with the Vampire and The Virgin Suicides with the Spider-Man films.
Vanessa made her first television appearance at eight and became a huge star in France before having two children with Johnny Depp, Hollywood's most bankable and eccentric dog lover.
Italian actor-director Golino is best known for her part in Rain Man alongside Dustin Hoffman and Tom Cruise.
The jury also includes the Danish actor Mads Mikkelsen, who made his breakthrough at Cannes in the Pusher trilogy before going on to global fame as the Bond baddie Le Chiffre in Casino Royale.
Mr Mikkelsen will have to be at his most steelily objective, as the director who helped bring him to notice - Nicolas Winding Refn - has a film in the main competition.
Mr Refn's Los Angeles-set fashion flick The Neon Demon was described by Cannes chief Thierry Fremaux as a "Danish cannibal horror film involving top models."
The final member of the jury is the French director Arnaud Desplechin, the maker of the 2008 heart-warmer A Christmas Tale.
Woody Allen's new film Cafe Society will open the festival on the French Riviera in May 11 in what promises to be a vintage year.
But his love story set in 1930s Hollywood is out of competition and not in the running for the Palme d'Or.
The festival will run until May 22.