Opinions were divided on whether the comment was directed at Woody Allen, who was never charged with the historic abuse accusations against him or director Roman Polanski, who has been living in Europe to escape charges that he raped a 13-year-old in the United States 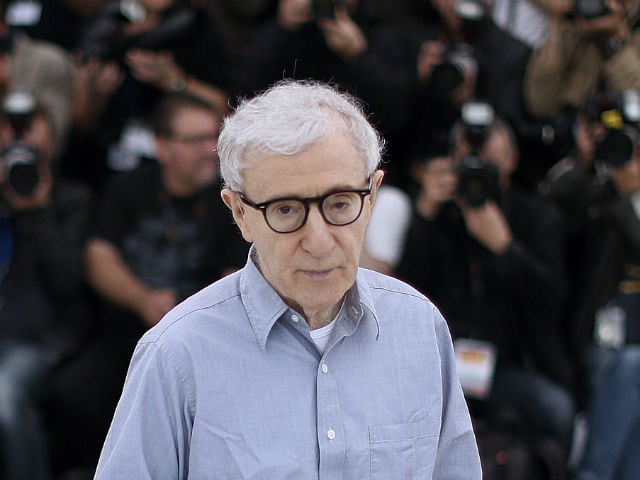 Veteran director Woody Allen on Thursday said that he was not offended by a rape joke made in his presence at Cannes, where allegations that he sexually abused his daughter returned to haunt him.
Mr Allen, 80, whose film Cafe Society premiered on Wednesday at the film festival and was seated in the front row at the Cannes opening ceremony when the MC-French actor Laurent Lafitte, made a rape joke that drew gasps from the audience.
"It is a pleasure to see you in France because you have shot many films in Europe in the recent years, and yet in the United States you haven't even been convicted for rape," said Laurent Lafitte.
Opinions were divided on whether the comment was directed at Mr Allen, who was never charged with the historic abuse accusations against him or director Roman Polanski, who has been living in Europe to escape charges that he raped a 13-year-old in the United States.
But Mr Allen seemed unperturbed by the gag and said "It would take a lot to offend me."
"I am completely in favour of comedians making any jokes they want," Mr Allen told Variety magazine.
"I'm a comic myself and I feel that they should be free to make whatever jokes they want," he added.
Polanski's French wife Emmanuelle Seigner branded Lafitte "pathetic" on her Instagram account and said that it was a "vulgar, mediocre" opening ceremony.
Woody Allen's son slams press
But the joke was yet another reminder of the doubts hanging over Mr Allen after his estranged son Ronan Farrow published a column in the Hollywood Reporter on Wednesday, slamming the media for failing to ask hard questions about the Dylan Farrow case, which dates back to the early 1990s.
"There will be press conferences and a red carpet walk by my father and his wife (my sister)," he said, referring to Soon-Yi, the adopted daughter of Mr Allen's former partner Mia Farrow.
"He'll have his stars at his side -- Kristen Stewart, Blake Lively, Steve Carell, Jesse Eisenberg. They can trust that the press won't ask them the tough questions. It's not the time, it's not the place. It's just not done," he added.
Despite one or two attempts by journalists to question his portrayal of romance between a younger woman and a much older man at Wednesday's press conference, with Mr Allen claiming at one point to have hearing problems, the allegations were not brought up. Mr Allen said on Thursday that he had not read the piece which he likened the piece to a bad review.
"I never read anything," Mr Allen was quoted as saying by Variety. "I never read what you say about me or the reviews of my film," he added.
Meanwhile, The Hollywood Reporter wrote it had been banned from a media lunch with Mr Allen in retaliation for publishing Farrow's essay.
The magazine quoted Mr Allen's publicist Leslee Dart as saying: "It's only natural that I would show displeasure when the press, in this case, The Hollywood Reporter, goes out of its way to be harmful to my client."
No comment
Mr Allen's personal life came under scrutiny when he entered into a relationship with Soon-Yi, the adopted daughter of Mia Farrow and her former husband Andre Previn -- when she was only 21. They married in 1997.
The scandal took on a new scale in 2014 when Mr Allen's adopted daughter Dylan, 30, published an open letter in the New York Times outlining her father's alleged abuse.
Ronan said that his mother Mia Farrow decided not to press charges in the 1990s due to Dylan's "fragility" at the time.
Mr Allen struck back with his own open letter, calling the accusations "ludicrous" and repeated his charge that Mia had "coached" his daughter during their acrimonious split.
Mr Allen said on Thursday said that he had "said everything I had to say about that whole issue" in that column.
"I never think about it. I work. I said I was never going to comment on it again," he said.