Cannes Fashion: I Can Wear This Dress Because I'm a Model 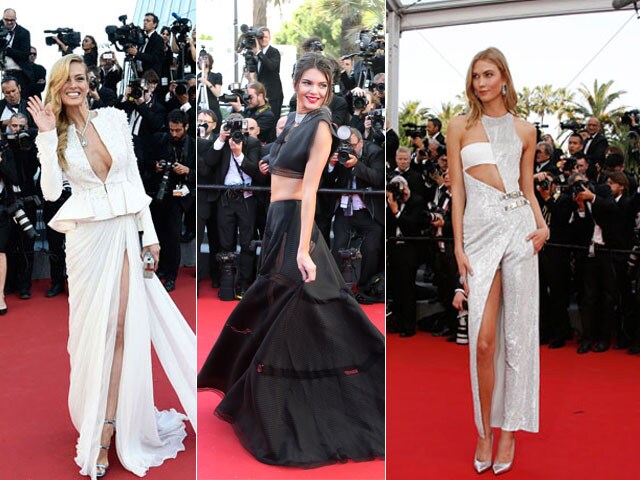 Models are a privileged breed - they almost never look anything less than fantastic no matter what they wear, and what they wear is frequently startling

At the Cannes Film Festival, the most recent edition of which just ended, the red carpet with its daily parade of impossibly glamorous celebs sometimes eclipses the main attraction (the main attraction being cinema), at least in press coverage. The sideshow all too often becomes the principal event, reducing Cannes, the world's most prestigious and influential film festival, to the sum of its red carpet fashion parts. This is almost certainly a function of the presence of an entire army of celebrities who arrive yearly in the south of France to represent not a film but a brand and whose only responsibility is to show up and look good. Which might explain why the most watched red carpet in the world is always dense with models.
Make that looking fabulous. On any red carpet, models are a privileged breed - they almost never look anything less than fantastic no matter what they wear, and what they wear is frequently startling. The ensembles they elect to costume themselves in would quite likely consign any wearer lacking a model-bod straight to the depths of fashion hell. A clutch of famous clotheshorses proved this all over again at Cannes this year.
In no particular order, this year's outfits that only a model could look good in:
Karlie Kloss in a space-agey silver one-sleeved and one-legged Versace jumpsuit that Joan Jetson might pick to wear to a futuristic version of the Met Gala. 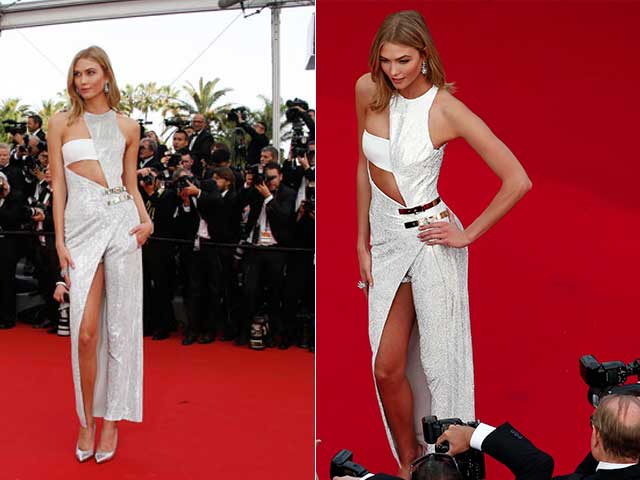 Jourdan Dunn in black lace Ralph & Russo, nearly naked underneath but for a skin-coloured bodysuit. Petra Nemcova in a Zuhair Murad outfit of a completely sheer skirt and a peplum-style jacket with a neckline so plunging it almost reached her navel. 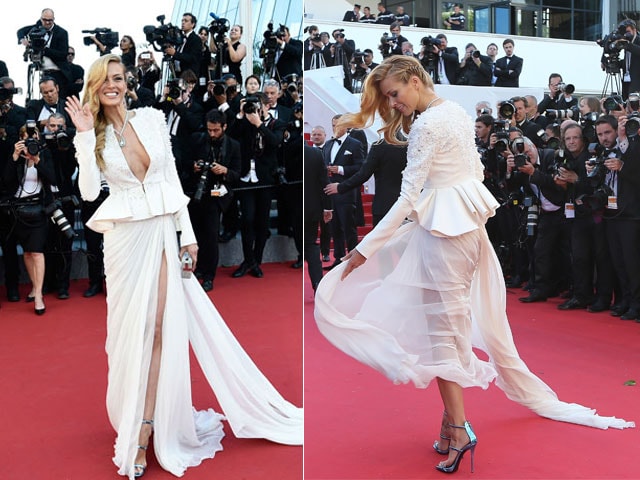 Image courtesy: AFP
Izabel Goulart, also in Zuhair Murad, with upward-travelling flames of fabric clinging to her curves and flickering over her torso. 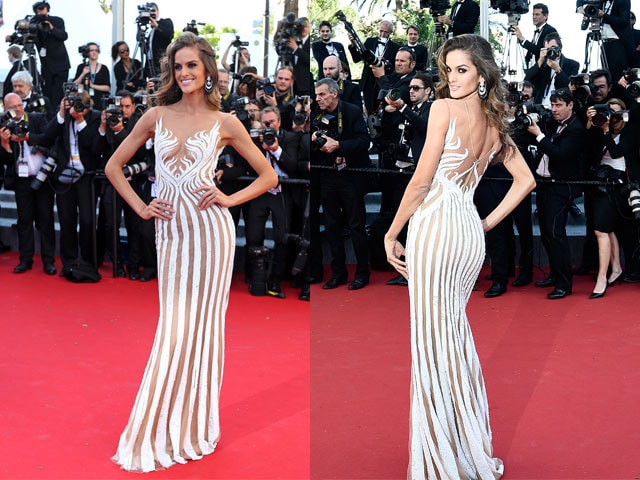