Christian Bale Will Not Play Steve Jobs in Biopic After All 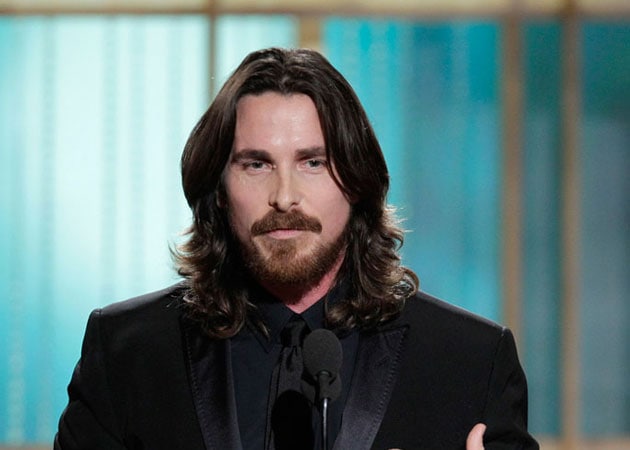 Christian Bale is the second actor to decline the role after Leonardo DiCaprio.

Christian - the second actor to decline the role after Leonardo DiCaprio - discussed the part with Slumdog Millionaire director Danny Boyle, but no deal was reached, according to industry journal Variety.

The Oscar-winning star had conflicting feelings about the role, and concluded that he simply wasn't right for it, sources told the Hollywood Reporter.

Oscar-winning screenwriter Aaron Sorkin announced last month that Christian had been chosen for the role. "We needed the best actor on the board in a certain age range and that's Chris Bale," he told Bloomberg Television.

Aaron, who won an Academy Award for his screenplay for The Social Network about Facebook and its co-founder Mark Zuckerberg, said giving the lead role to Christian was an easy call.

"He didn't have to audition," said Aaron, although the writer said "there was a meeting" before the British-born actor was given the part.

Sony Pictures is in discussions with US comic actor Seth Rogen to play Apple co-founder Steve Wozniak, according to Variety.

Christian received a best supporting actor Oscar in 2011 for his role in The Fighter, in which he plays the older brother of a washed-up boxer struggling to revive his career.

The actor had a breakout performance as the lead actor in the 2000 movie American Psycho, and also earned a lead actor Oscar nomination for his turn in last year's American Hustle.