Christoph Waltz to play villain in Pirates of Caribbean 5? 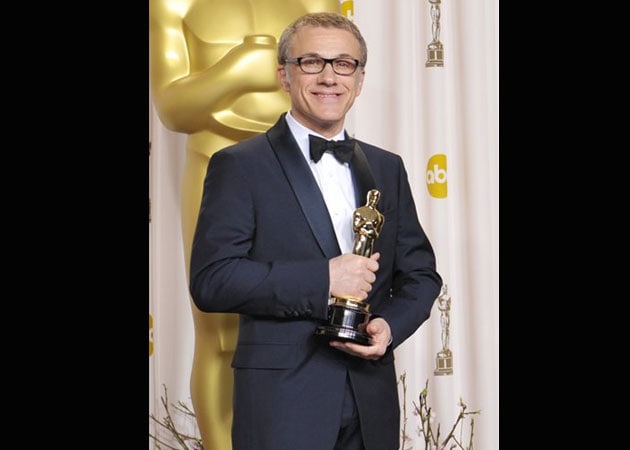 Christoph Waltz won the Oscar this year for his role in Django Unchained.

Django Unchained star Christoph Waltz is eyeing to be the main baddie in the next Jack Sparrow movie Pirates of Caribbean: Dead Men Tell No Tales.

Django Unchained star Christoph Waltz is eyeing to be the main baddie in the next Jack Sparrow movie Pirates of Caribbean: Dead Men Tell No Tales.
According to reports, the Inglourious Basterds actor is rumoured circling a role of Captain Brand, who is a ghost who is seeking the same Trident that Jack Sparrow wants, in order to get his revenge on Jack for his brother's death.
In his latest adventure to get the missing treasure, Jack will be enchanted by Barbossa's daughter, Carina Smyth. She is described as a beautiful woman in her late 30s who is called a witch by some but is really an adept astronomer.
No actress is cast to play the leading lady, but Geoffrey Rush is expected to reprise his role as Barbossa.
Another familiar face who is rumoured on board to return for the upcoming fifth instalment is Keith Richards. The Rolling Stones' rocker is expected to once again play Captain Teague, who plays an important role in the storyline as he allegedly holds valuable information to the Trident that both Brand and Jack are looking for.
Other new characters added to the story are an ex-member of the British military who takes sides with Barbossa, and two young Brits from farming families supposedly to fill in for Orlando Bloom's and Keira Knightley's characters from the initial trilogy.