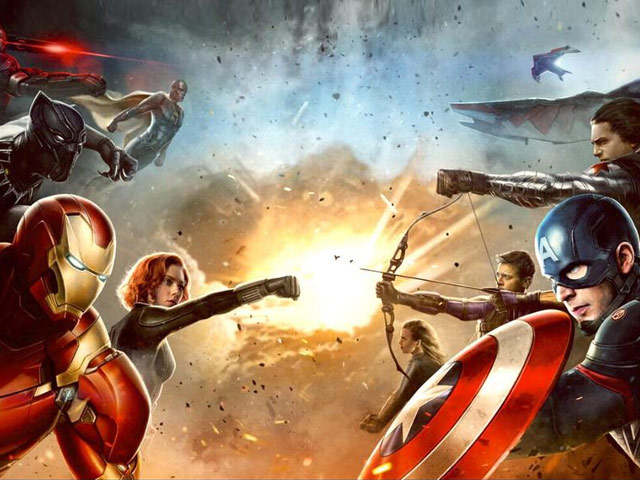 This image was posted on Twitter by Jeremy Renner

The wait is finally over for fans who wanted to know who fights for whom in upcoming film Captain America: Civil War, which will star two superheroes - Captain America (Chris Evans) and Iron Man (Robert Downey Jr) - as enemies.

Yeah. I'm diggin this. You? #avengers#captainamerica#civilwar#hawkeye#ironmanpic.twitter.com/uTNrgdS5bg

Got new threads. And I brought a friend. #antman#hawkeye#civilwar#costume#captainamerica#avengerspic.twitter.com/HBY5xSCxEn

However, there is no word yet on the role of Spiderman (Tom Holland), Scarlet Witch (Elizabeth Olsen) and Bruce Banner (Mark Ruffalo), who were reportedly involved in the movie. (Also Read: Spider-Man May Have Fight Sequence in Captain America: Civil War)

Captain America: Civil War is slated to release on May 6, 2016. Anthony and Joe Russo will return as directors.