Scott Eastwood, dressed in a cowboy hat and cowboy boots, draped a brown poncho over his shoulders and chewed on a cigar just like his father's character "The Man With No Name" 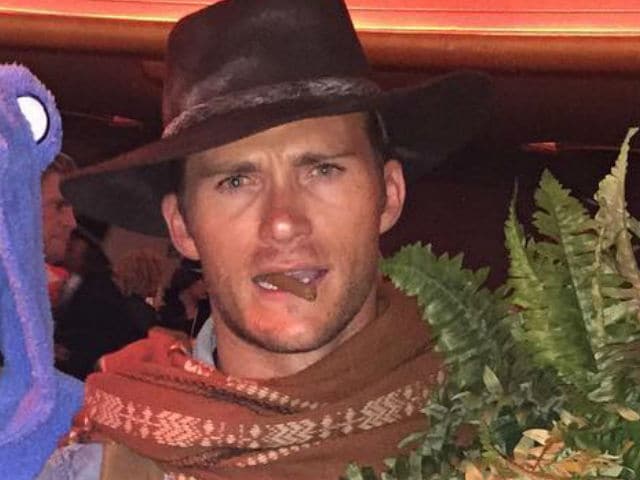 This image was posted on Instagram by Scott Eastwood

Veteran actor Clint Eastwood's son Scott paid tribute to his father's iconic Spaghetti Western get-up through his Halloween costume. The Suicide Squad star channeled the look at Hilarity for Charity's 5th Annual Variety Show to benefit The Alzheimer's Association, reported E! Online.
Scott, dressed in a cowboy hat and cowboy boots, draped a brown poncho over his shoulders and chewed on a cigar just like his father's character "The Man With No Name" from classics like A Fist Full of Dollars, For a Few Dollars More and The Good, the Bad and the Ugly.

When asked if Mr Eastwood gave the outfit his seal of approval, Scott said, "I sent him a picture. I haven't heard back; he doesn't do a lot of texting."
The actor also revealed the costume was a last-minute decision. "I hadn't thought about it before I was told it was a costume party, and I said, 'Well Halloween came early'," he said.
The Hilarity for Charity fundraiser was hosted by its founders, Seth Rogen and his wife, Lauren Miller Rogen, and included other famous guests like Snoop Dogg and Joseph Gordon-Levitt.
The event raised USD 1.6 million for Alzheimer's research and has raised over USD 6.5 million since Rogen and his wife created Hilarity for Charity in 2012, according to a statement from the fundraiser.
(This story has not been edited by NDTV staff and is auto-generated from a syndicated feed.)