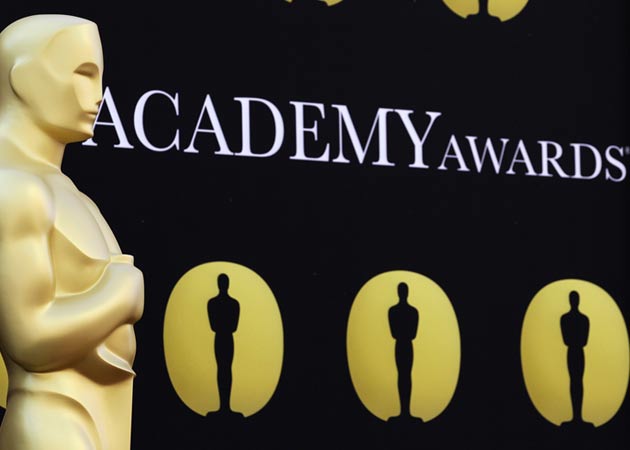 The Academy of Motion Picture Arts and Sciences said Monday any votes received after the new deadline will not be counted.

Growing concern that problems with the new electronic Oscar voting system could lead to record-low turnout has prompted the motion picture academy to extend the deadline for members to vote for Oscar nominations.

Growing concern that problems with the new electronic Oscar voting system could lead to record-low turnout has prompted the motion picture academy to extend the deadline for members to vote for Oscar nominations.
But with next week's highly anticipated announcements looming, the extension is only for a day, until Friday. The Academy of Motion Picture Arts and Sciences said Monday any votes received after the new deadline will not be counted.
"By extending the voting deadline we are providing every opportunity available to make the transition to online balloting as smooth as possible," said the academy's chief operating officer, Ric Robertson, in a statement. "We're grateful to our global membership for joining us in this process."
Reports of difficulty accessing the Oscars' first-ever online voting system and fears that it could be hacked have raised questions about balloting for the 85th annual contest. Earlier this year, the academy and its longtime accountants, PricewaterhouseCoopers, partnered with the electronic voting firm Everyone Counts Inc. to develop the system.
"There's considerable concern from many members that voter participation will be at record lows this year because the people who wanted to take a chance on this new cutting-edge system are either giving up on it or worried they won't be able to cast their votes," said Scott Feinberg, awards analyst and blogger for The Hollywood Reporter.
In the past, Oscar voting has been compiled strictly through paper ballots sent through the mail. The new system allows members to choose between voting online or sticking with a traditional mail-in ballot.
Morgan Spurlock, the documentary filmmaker whose 2004 film Super Size Me was nominated for best documentary, posted on Twitter last week that he wasn't able to log on to vote electronically and his ballot was instead mailed to him.
"The password they sent didn't work for my log-in - and they couldn't email me a new log-in, only snail mail," tweeted the 42-year-old director.
The academy said it has made several voting resources available to members, including assisted voting stations in Los Angeles, New York and London, and a 24-hour support line.
A spokesman for Everyone Counts didn't immediately respond to a request seeking comment.
Besides online voting, a retooled nomination period could also affect the competition.
Organizers moved up the unveiling of the Oscar nominations to Jan. 10. That change puts the announcement three days before Hollywood's second-biggest awards ceremony, the Hollywood Foreign Press Association's Golden Globes, which are scheduled for January 13.
Oscar overseers originally said the switcheroo would give the academy's nearly 6,000 members more time to see nominated films before the February 24 awards ceremony, but Feinberg of The Hollywood Reporter noted that the change gave voters less time to see potential contenders during the first phase of voting, when members decide on nominees.
"If the turnout is lower among older members, more traditional Oscar contenders will probably receive fewer votes, and otherwise edgier films that appeal more to younger people could fare better," said Mr Feinberg.
"Because of the way that best-picture voting works, it could increase the chances of a movie like The Master or Moonrise Kingdom getting in."
Ultimately, because of the inherent secrecy involved in selecting Oscar winners, Mr Feinberg said it will be impossible to know what effects - if any - this year's voting changes have on the ceremony, where as many as 10 films could be vying for the best-picture award.