Could American Sniper Sneak Up in Two-Horse Oscar Race? 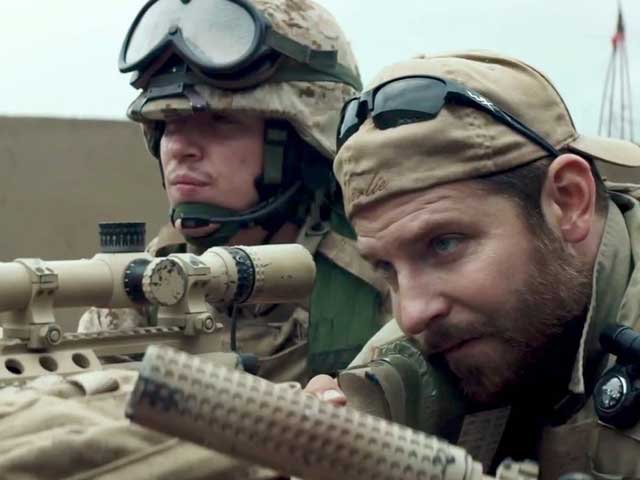 A still from American Sniper

Boyhood and Birdman are the frontrunners, and American Sniper is the dark horse

With only a week to go before the Oscars, the all-important Best Picture prize appears locked in a two-horse race between dark comedy Birdman and coming-of-age drama Boyhood. (Also Read: American Sniper Triggers Angry Debate About Iraq)

But as Hollywood counts down the days to next Sunday's show, some are suggesting that controversial blockbuster American Sniper could yet surprise, and best the two indie films.

"Boyhood and Birdman are the frontrunners, and American Sniper is the dark horse," Matthew Belloni, executive editor of industry journal The Hollywood Reporter, told AFP.

"I wouldn't be surprised if American Sniper had a last-minute surge, because of how well it's doing at the box office," he added, referring to the movie's $365 million-plus global box office haul so far.

Birdman - about a washed-up superhero film star battling to revive his career on the stage - is definitely more along its usual lines, as is Boyhood, which took 12 years to make as the actors aged in real time.

Both have fared well in pre-Oscars shows, with Boyhood taking the Golden Globes' best film, while Birdman won a string of awards including top prizes at the Screen Actors Guild and Directors Guild of America.

But Clint Eastwood's American Sniper has unexpectedly stirred up the race, grabbing headlines both for its massive box office success and a row over its portrayal an Iraq war warrior.

The question is, how many of the 6,000-odd voting members of the prestigious Academy of Motion Picture Arts and Sciences, the industry's elite body, will be swayed at this late stage?

They began casting ballots on February 6, and voting closes on Tuesday at 5:00 pm (0100 GMT Monday) -- after which only two PriceWaterhouse Coopers staff will know the results before the envelopes are opened on stage next Sunday.

While the Best Picture race is too close to call, several of the other key categories are seen as much easier to predict.

Patricia Arquette is the favorite for best supporting actress as the mother in Boyhood.

Best actor is between Birdman star Michael Keaton and Britain's Eddie Redmayne as astrophysicist Stephen Hawking in The Theory of Everything, while JK Simmons is tipped for supporting actor for jazz drama Whiplash.

Mr Belloni said his personal forecast for best director is Mexico's Alejandro Inarritu for Birdman -- with the best picture going to Boyhood.

"So the Academy will split... much like it did last year," he said, referring to 12 Years a Slave taking the best film prize in 2014, while Gravity helmer Alfonso Cuaron -- also Mexican -- took best director.

Talking of 12 Years a Slave, there was uproar last month when Oscar nominations were announced, over the fact that every single one of the 20 acting nominees are white.

While Martin Luther King Jr movie Selma is among the eight Best Picture nominees, eyebrows were raised that neither its British star David Oyelowo nor director Ava DuVernay were shortlisted individually.

"The real snub here is that David Oyelowo... I think a lot of people were surprised that he did not get a nomination for that," said Mr Belloni.

More broadly, he said, Academy members "feel bad" that only white actors were nominated this year, but added: "I think the problem goes deeper than that.

"The Academy nominates the films that are put up for contention, and other than Selma there really weren't films that featured minority actors in leading and hefty roles," Mr Belloni added.

"It goes to the kinds of movies that are getting green-lit in Hollywood, and the kinds of people who are making those decisions. Hollywood has made strides in recent years to rectify the diversity problem, but it still exists."