Could The Jungle Book be First 'Live-Action' to Win Animation Oscar? 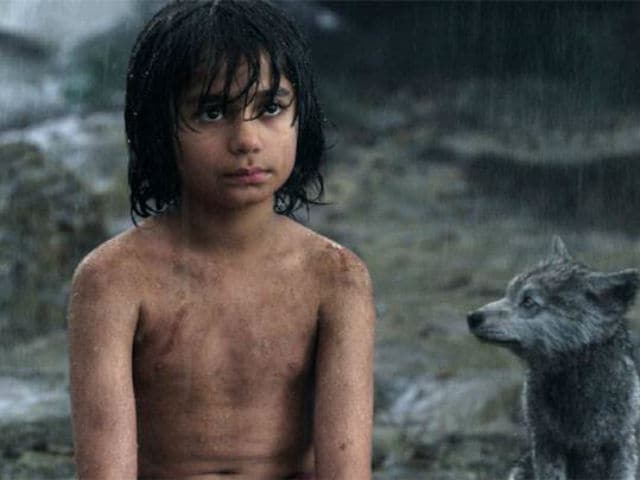 A still from The Jungle Book.

The film has a human actor (Neel Sethi) front and center in the role of Mowgli, and Jon Favreau has said that viewers need that human connection to relate to his film's emotional palette. But it's the visual palette here that renders this film so particularly fascinating

Come the next Oscars submission season, Disney will be flush with top animation options for consideration. There will be Zootopia, of course, and the forthcoming sequel Finding Dory. And then there will be ...The Jungle Book?
The smash hit new film from Jon Favreau is being characterized as Disney's latest "live-action remake" of one of its many animated classics - a wave of recent releases that includes Alice in Wonderland, Maleficent and Cinderella. But the new Jungle Book has a distinction apart from all such recent kin: despite the live-action moniker, it's actually mostly animated. (Also Read: Foreign Media on The Jungle Book: It Leaps Off the Screen to Dazzling Effect)
Sure, the film has a human actor (Neel Sethi) front and center in the role of Mowgli, and Jon Favreau has said that viewers need that human connection to relate to his film's emotional palette. But it's the visual palette here that renders this film so particularly fascinating. As Favreau has illuminated in interviews, for every dozen feet or so that Mowgli walks, the animators must create a dozen feet of jungle out of digital thin air.
In other words: The technology at work isn't simply motion-capture (or performance capture), by which live-motion recording of performers is used to model the animation upon. Instead, this film is true "key-frame" animation, in which certain "key" frames are rendered to determine beginning and end points in each transition.
Put more simply, The Jungle Book feels like perhaps the most animated "live-action" feature film ever, especially given that Avatar obviously had more live actors. (It's worth noting that effects master Rob Legato worked on both films.)
This isn't just about blurring the line between live-action and animation, which Hollywood has deftly been doing for many years. This is the effect of obliterating that line as a false division.
Even film nomenclature hasn't caught up with the collision of technology. The Jungle Book, as one digital hybrid of a cinematic cub, is literally an achievement beyond words. (Manimation? Live Mo-Cap-Key? I'm open to suggestions.)
This milestone may not matter so much to the happy viewer, but it could matter soon to film-awards judges. Because what's to keep Jungle Book from becoming a King Louis-sized heavyweight in animation races, short of a backlash that results in quickly cobbled together eligibility tweaks?
Although most viewers may not harbor such prejudices between styles, the Academy certainly does. Just recently, Disney/Pixar's animated "Inside Out" -- clearly one of the best eight films of 2015 -- did not receive a best picture Oscar nomination. Yet a film like 2013's Gravity, which relied heavily on digital pre-visualization and animation, did receive a best picture nod.
As the line grows ever blurrier for those charged with drawing such categorical demarcations, one thing is clear: The Jungle Book looks to meet all the Academy's eligibility requirements for competing as an animated feature -- from permitted technology to a majority of key characters bring animated.
It's unclear whether Disney wants to test those waters. But when Jungle Book animators can digitally paint water that looks more realistic than actual water itself, then nothing seems beyond the bounds of the studio's imagination.
(c) 2016, The Washington Post