"I've grown up playing cricket so this acting stuff is brand new. That keeps it fresh and exciting," said Brett Lee 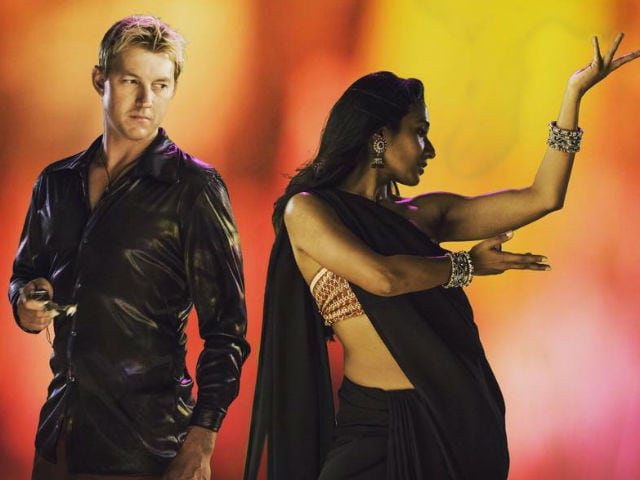 He is used to playing in front of packed crowds in sporting stadiums - now Australian cricketing great Brett Lee is hoping to win new fans as his debut movie hits cinemas in India.
In an email interview with AFP, Brett Lee, whose film UNIndian released on Friday, said he hoped his fledgling role may prove a stepping stone into the country's cinematic heartland.
"Maybe a Bollywood movie next. Fingers crossed people enjoy this film," he said.
With his tousled blond hair and twinkly eyes, the Australian fast bowler enjoys huge popularity in cricket-mad India after a decade playing matches on the subcontinent.
"Both have different challenges," Brett Lee said of his switch from sport to the silver screen.
With the tagline "getting spicy everywhere," the cross-cultural comedy is directed by Indian-Australian director Anupam Sharma and set in Sydney, featuring a large Indian cast.
"I've grown up playing cricket so this acting stuff is brand new. That keeps it fresh and exciting," he said.
"UNIndian was a wonderful opportunity with a really positive message," he said.
He took acting classes to prepare for playing Will, an English teacher who falls in love with beautiful single mother Meera, played by Tannishtha Chatterjee in the cross-cultural romcom.
But they face an obstacle in the form of Meera's friends and family who want the divorcee to marry a successful Indian man.
"I'm always about being as professional as possible," said the Sydney-based former cricketer of his acting training.
The film did not escape the scissors of India's notoriously prudish censors, however, who cut some of the steamier scenes from the Indian release.
In its review, the Times of India newspaper lauded Lee's acting debut as well as the film's love story for steering clear of cliches.
"Brett Lee, the former cricketer-turned-actor, is surprisingly a natural on camera. He slips into his casual role effortlessly. The speedster's fans won't be disappointed for sure," it said.
However, the Hindustan Times warned the plot was "poppadum-thin."
Brett Lee has also turned his hand to music, with his band White Shoe Theory in the process of recording an album, according to his website. A duet performed with Bollywood singer Asha Bhosle, You're the One For Me, made a splash in the Indian music charts in 2007.
(Except for the headline, this story has not been edited by NDTV staff and is published from a syndicated feed.)