Deepika Padukone is among the magazine's pick of Hollywood's Next generation, with other actors like The Great Gatsby's Elizabeth Debicki 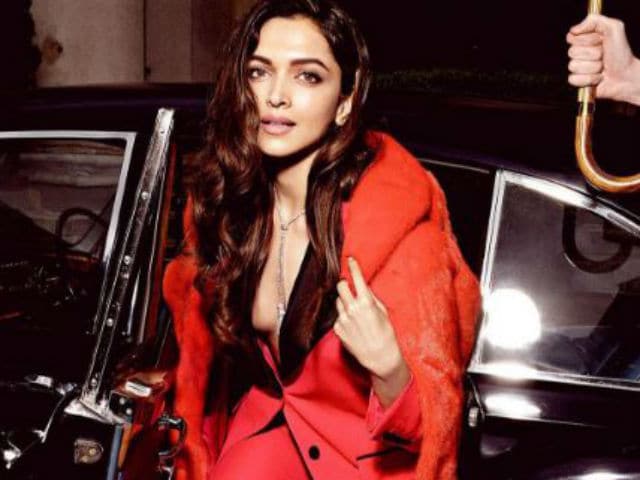 Deepika Padukone is slaying the world. First, she was revealed to have become India's highest-paid actress and now, she's been featured among Vanity Fair's pick of Hollywood's Next Generation.
Deepika, 30, is making a high-profile Hollywood debut in xXx: The Return of Xander Cage, as buzzed about for her presence as it is for the return of actor Vin Diesel to the role of Xander Cage.
Vanity Fair's line-up includes such other young actors as Elizabeth Debicki from The Great Gatsby and The Man From U.N.C.L.E, Phil Collins' daughter Lily who played Snow White in Mirror, Mirror, and Elvis Presley's granddaughter Riley Keough, seen in films like Mad Max: Fury Road.
Deepika is featured in the slideshow as exiting from a car, looking sensational in flaming Gucci - picture above. A questionnaire revealed that Deepika likes pizza, chocolate cake, cleaning (!!) and can sing Celine Dion and Mariah Carey at karaoke.
In a behind-the-scenes video, Vanity Fair asked Hollywood's Next Generation about personal style and fashion choices. "It's always comfort over anything else. You need to feel complete, you need to feel like you are wearing the clothes and the clothes aren't wearing you," says Deepika.
"If I had a choice between a gown and a sari, I'd wear a sari," homegirl continues, wearing her desi heart on her sleeve.
Twitter is filled with admiration for the actress. Her xXx 3 director DJ Caruso is among those who have tweeted:

I wish I was Deepika Padukone.

@deepikapadukone So proud of you