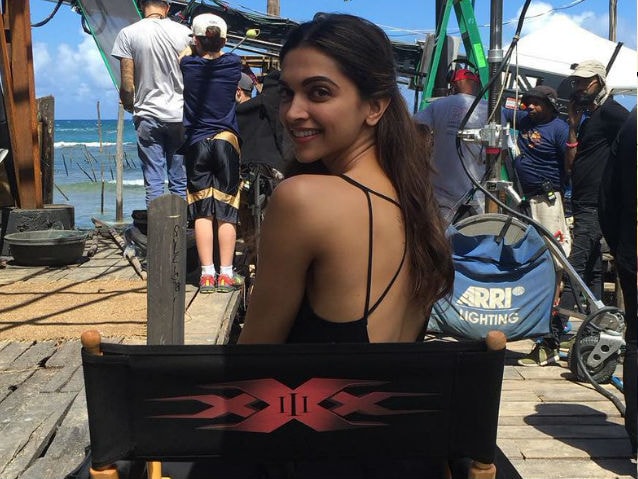 This image was posted on Twitter by D J Caruso

Last week, Mr Caruso tweeted another picture of Deepika from the dubbing studio: