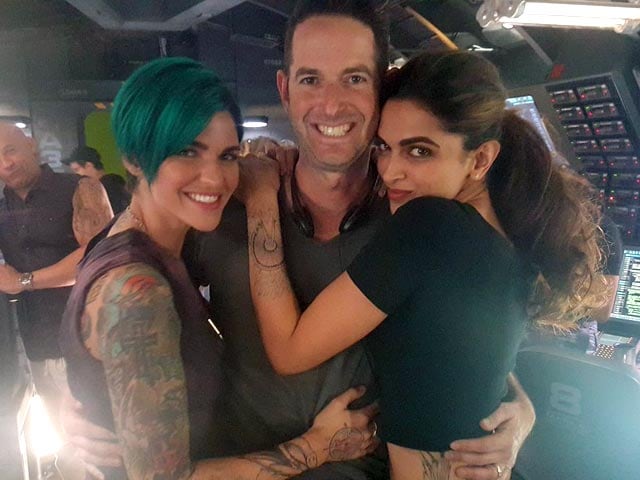 
House hunting with @deepikapadukone we found a nice shack with an ocean view. pic.twitter.com/VfBq3gc7Yx

Deepika, who also instagrammed the same image, captioned it, 'Behind the scenes of xXx. Deepika Padukone and Ruby Rose look fierce and strong for The Return Of XanderCage. Don't you agree?."
While we can't get a really good view of their new house, we can see Deepika looking stunning in a black ensemble. Ruby looks set for some action in an olive green jumpsuit, with hair to match. When asked by a fan what she thought of Deepika, Ruby wrote: "Where do I start. She's so humble, so beautiful. A talented actor and I adore her". Deepika also recently tweeted that she was 'proud' of her co-star:


Soo proud of you Rubster!!!https://t.co/76GZVDWiVh