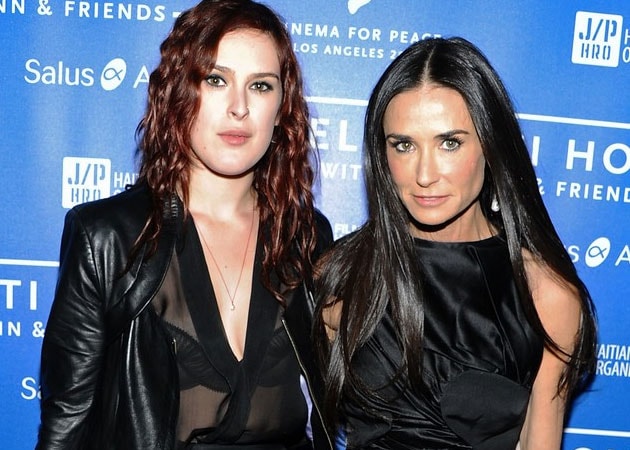 Demi Moore was reportedly frozen out by Rumer, 24, Scout, 21, and Tallulah, 18, after they became tired of her constant partying.

Demi Moore has reconciled with her daughters.
The 50-year-old actress was reportedly frozen out by Rumer, 24, Scout, 21, and Tallulah, 18, after they became tired of her constant partying but Rumer and Demi were spotted together in Los Angeles over the weekend, indicating they have buried the hatchet.
The duo were in good spirits as they left a yoga class in West Hollywood and friends are hopeful their relationship is back on track.
It was previously claimed Rumer and her sisters - whose father is Bruce Willis - were upset with their mother's partying and wished she would maintain a lower profile following her split from Ashton Kutcher and subsequent rehab stint.
A source said: "Rumer is really the one making the decision to do this as the oldest. Around the time Bruce's wife Emma (Heming) had the baby (Mabel Ray), it was this scary sense of, 'Demi went off her rocker again.
"Bruce is now very much out of the spotlight and the kids were very happy about that. They started feeling that Demi needs to stay home and be more of a mother. She checked into rehab and they'd always been pushing for her to do that. (But) she came out partying and dancing on tables again.
"The kids are old enough to band together, Rumer being the ringleader.
The family is very much divided."