Do You Know These 20 Things About The Lion King? Be Prepared 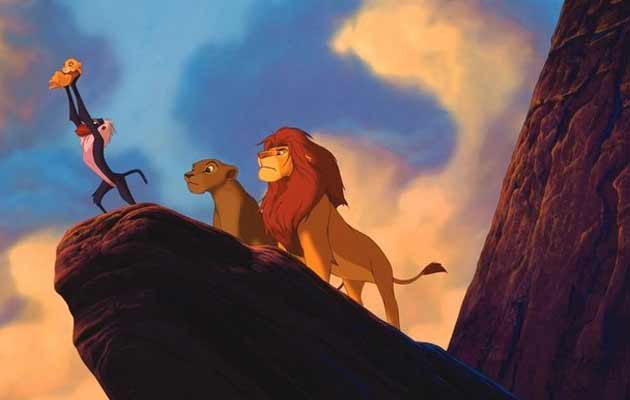 This may make you feel a little old. The Lion King is 20. If you haven't keeled over, here are 20 facts about one of Disney's most beloved films that you may or may not know.
1.James Earl Jones and Madge Sinclair, who voiced Simba's parents Mufasa and Sarabi, also played Eddie Murphy's parents, King Jaffe and Queen Aoleon, in Coming To America.
2. Wicked lion Scar's original name - from before he received his scar - is never revealed.
3. Scar's response when Simba tells him he's weird is the same line his voice actor Jeremy Irons says in Reversal of Fortune (which won him an Oscar), when his character Claus von Bulow is told he's strange: "You have no idea."
4. The Lion King reigned supreme as the highest grossing animated film EVER for nine years, until Finding Nemo came along in 2003.
5. Many character names are the Swahili words that describe that character - Simba means lion, Rafiki means friend, Shenzi means savage.
6. Scar is the only character that looks somewhat like his voice actor because Jeremy Irons' performance so impressed animators, they worked his expressions into Scar's face.
7. The plot is thought to have been inspired by Hamlet - where a young prince avenges the murder of his father by a wicked uncle.
8. As a work in progress, the film was referred to first as Bambi in Africa and then King of the Jungle.
9. Before animation started, a Disney team spent two weeks on safari in Africa, studying the movements of lions and their cubs.
10.A lion, a baboon and some vultures were brought to the studio to help animators. The baboon had to carry a stick around because, in the film, Rafiki carries one.
11. Disney originally imagined Sean Connery as the voice of Mufasa.
12. The animators of The Lion King were Disney's 'B Team,' with the 'A Team' working on Pocahontas. Both were being made at the same time and Pocahontas was considered the 'bigger' film.
13. The Broadway musical version of The Lion King included the song Morning Report, which proved so popular that Disney added it to a later DVD version of the film.
14. The original script included another lion cub named Mee-Too, a fox and a rhino with a tickbird on its back. Mee-Too, the fox and the rhino didn't make it to the final cut and the tickbird became Zazu, Mufasa's hornbill assistant, voiced by Rowan Atkinson.
15. Hakuna Matata originally began with Timon singing "When I was a young meerkat." For brevity's sake, Timon's verse was dropped and the song began directly with Pumbaa's: "When I was a young warthog."
16. The scene in which a caged Zazu sings "It's a Small World" only to have Scar yell "No, anything but that!" is an inside joke, a reference to Disneyland's It's a Small World attraction where visitors frequently complain of having the song stuck in their heads.
17. Can You Feel The Love Tonight was originally recorded by Timon and Pumbaa, shocking composer Elton John who had imagined it being sung by the lions. Disney finally gave the song to the lions.
18. Scar was originally written as a rogue lion with no relation to Mufasa. He was later changed into Simba's wicked uncle.
19. Disney wanted the hyenas Banzai and Shenzi to be voiced by double act Cheech and Chong - Cheech Marin and Tommy Chong. Whoopi Goldberg was cast as Shenzi because they couldn't get hold of Tommy Chong.
20. I Just Cant Wait to be King was meant to be sung by Mufasa as To Be King. It was changed to Simba after it was discovered the song didn't work with James Earl Jones' singing voice.