Does Priyanka Chopra Have Another Hollywood Project On the Cards?

Post the Emmy Awards, Priyanka tweeted to talk about her next 'surprise' for her fans, which started a guessing game 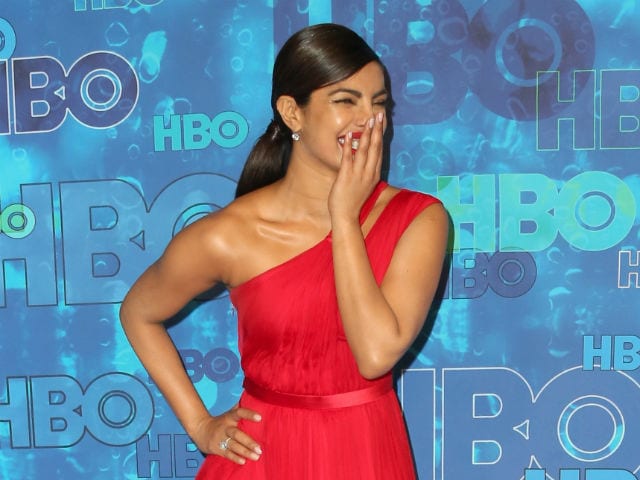 After captivating the red carpet of the 68th Annual Primetime Emmy Awards ceremony on Sunday, Priyanka Chopra has teased her fans and followers about her next international project, saying 'keep guessing'.
The actress laid out a fashionable statement at the ceremony, which was held in Los Angeles, dipped in hues of red. And post the ceremony, she tweeted to talk about her next 'surprise' for her fans, which started a guessing game.
The actress posted: "The thrill of the unchartered and the new. that's what drives me. So, what's next? #KeepGuessing #TasteLifeInStyle".


The thrill of the unchartered & the new... that's what drives me. So, what's next? #KeepGuessing#TasteLifeInStyle

Meanwhile, the actress is busy shooting for the second season of American TV show Quantico, which will air in India on Star World and Star World HD from September 26.
(Except for the headline, this story has not been edited by NDTV staff and is published from a syndicated feed.)