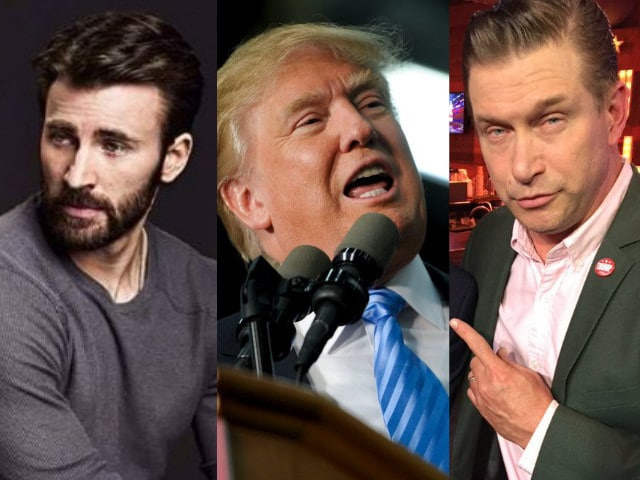 Republican Donald Trump's giant leap towards the White House ensured a landmark victory at the US Presidential Polls on Tuesday. Trump secured key states like Ohio, Florida, North Carolina and Pennsylvania, and defeated Democrat Hillary Clinton, US networks reported.
On Twitter, singer Miley Cyrus broke down as she continued to vouch for Hillary:


This is an embarrassing night for America. We've let a hatemonger lead our great nation. We've let a bully set our course. I'm devastated.

WE WILL NEVER BE SILENCED. #LOVETRUMPSHATE

Do not sit still. Do not weep. MOVE. We are not a nation that will let HATE lead us.

This kind of shock will cause people to actually think...about what's possible and how we imagine the future.

Dad needs a hug too. Hate is winning. The bullies are winning. I have no words. World, this does not represent all of us. We are horrified. https://t.co/vcitJQ2WCb

Welp if you look like me- you'd better start shaving your beard every day.

Never in 15 years of living In this country have I ever felt afraid to look like I do. #immigrant

well this is utterly terrifying

I am in tears

America, you have failed. What the actual fuck. Devastating. I won't recognize @realDonaldTrump as our president, ever. #dumptrucktrump

Dear #NewAmerica. You are now in an internment camp of the mind.

We are the new refugees

Welp! I'm going home early cause I don't know wtf is happening! I want to be near my weapons cause it's gonna be crazy if he wins! Lol

The world is flat... there's life on Mars... the Cubs win the World Series... and Trump is defeats Clinton?
What's happened to our country?

We are staring into the face of our darkest self America. Why does it have to have a dyed combover??

You know what I hate!? People who had cancer who are able to get health insurance. I fucking hate that. Ugh. Get out of here. #MAGA

Celebs from Camp Trump were thrilled to be part of 'history:'

Soon the REAL work begins ... to #MakeAmericaGreatAgain !
Proud to have been a part of such amazing history !!@realDonaldTrumppic.twitter.com/YDWANm2YEZ

Take a good look at what the right side of history looks like! Lolol https://t.co/Ja11knrOZU