Irrfan Khan shared the first poster of his upcoming film Doob: No Bed of Roses on Twitter. He will be portraying the role of a filmmaker Javed Hasan in the film 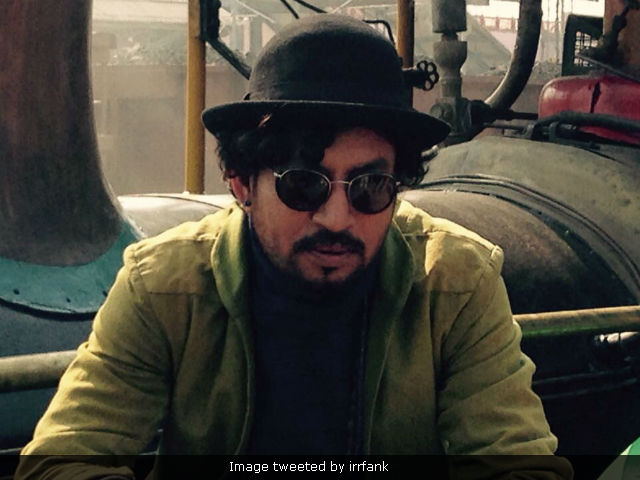 Irrfan Khan has released the first poster of his upcoming film Doob: No Bed of Roses. The film is a Bangladeshi drama biopic film written and directed by Mostofa Sarwar Farooki; it has been co-produced by Abdul Aziz and Irrfan Khan. The film also features Nusrat Imrose Tisha, Rokeya Prachy and Parno Mittra in lead roles. The poster of the film resembles a painting with Irrfan Khan's face superimposed on a mountain. The film has been banned in Bangladesh as it is supposedly based on Bangladeshi writer and filmmaker Humayun Ahmed, reported variety.com. However, the filmmakers refuted the reports.


Here's the poster of Doob .... @EskayMovies#MostofaSarwarFarookipic.twitter.com/uXHLsODj5i

Speaking to variety.com, Farooki said: "We have been blocked at the first gate. As the order does not explain any reason, I don't know why they thought screening of the film would be inappropriate. Yes, my film handles a so-called taboo subject but it doesn't show anything explicit and hence doesn't violate any censor code. This goes against the freedom of expression."
Irrfan Khan also spoke to variety.com, he said: "I am really surprised to know that the government of Bangladesh has blocked the film. This is a humane story that deals with complex male and female relationships in a subtle and balanced way. What harm will it cause to the society if seen?"
The film has been shot in Chittagong Hill Tracts, Sylhet, and Dhaka. Irrfan Khan will be portraying the role of a filmmaker Javed Hasan who leaves his wife to marry an actress 33 years younger to him.
Irrfan Khan was last seen in the 2016 movie Madaari, directed by Nishikant Kamat. The 50-year-old actor also featured in American films like- The Jungle Book and Inferno. The Jungle Book directed by Jon Favreau, was based on Rudyard Kipling's eponymous collective works and inspired by Walt Disney's 1967 animated film of the same name. The actor was seen along with Tom Hanks in Inferno. The film was a sequel to The Da Vinci Code and Angels & Demons. Irrfan Khan will also be seen in Bollywood movie Hindi Medium directed by Saket Chaudhary. Saba Qamar will also feature in the lead role.