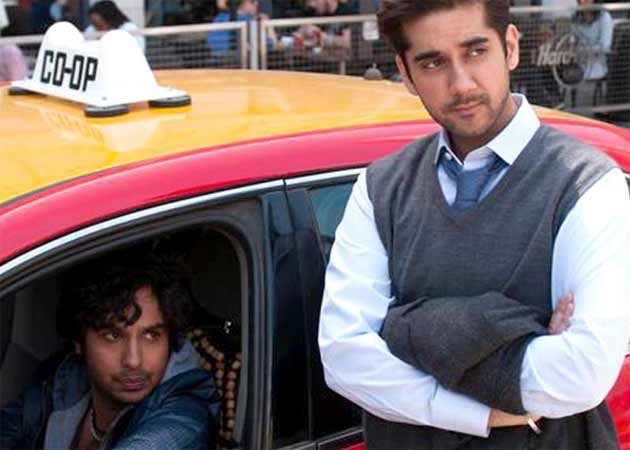 A still from Dr Cabbie featuring Vinay and Kunal

Toronto-based actor Vinay Virmani, who shares screen space with Kunal Nayyar in his upcoming film Dr Cabbie, feels that the actor, who is part of The Big Bang Theory cast, " is someone every Indian should be proud of."

"Kunal is a part of a US television show which has about 20 million viewers. I feel overwhelmed that he chose Dr Cabbie to be his first film. It was great collaborating with him," Vinay told IANS in a telephonic interview.

Dr Cabbie is a social comedy which deals with the problems faced by immigrants. It is a story about how an Indian doctor, whose medical degree is not recognised in Canada, turns into a taxi driver and opens a clinic in the back of the cab.

Kunal, who plays socially inept astrophysicist Raj Koothrappali on The Big Bang Theory, will be seen in a very different avatar as a loud Punjabi taxi driver in the film.

Talking about funny moments that the duo shared while shooting for the film, Vinay says there were many, but if he has to pick one, it would be when people treated them as actual cab drivers!

"The funniest was when we were shooting on the streets in actual cabs and people kept on thinking that we are real cabbies. They were actually coming and sitting at the back of the cab. It was very funny," Vinay said.

The film has been released in Canada and garnered positive reponse. A date is yet to be locked for the movie's release in India, but the film's cast is likely to come to India for its promotion next month.