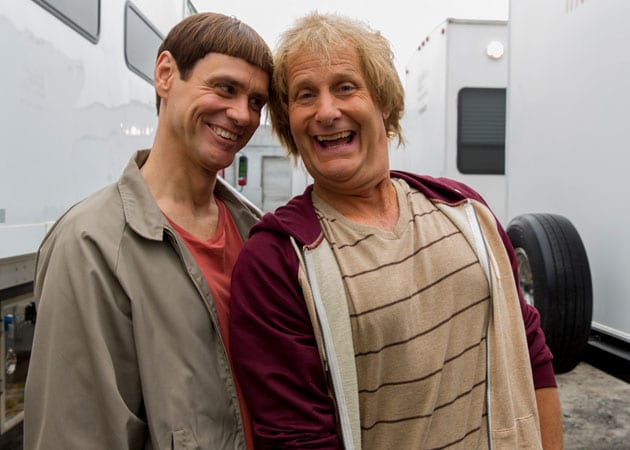 A still from Dumb and Dumber To

Dumb and Dumber sequel Dumb and Dumber To will hit the screens Nov 14, 2014.
"Dumb and Dumber To" reunites directors Peter and Bobby Farrelly with actors Jim Carrey and Jeff Daniels, who played the dim-witted pair Lloyd and Harry in the original.
In the new film, they embark on a road trip to find a child that Harry (Daniels) had unknowingly fathered in the past, reports variety.com.
The Farrelly brothers are producing the comedy film along with Riza Aziz, Charles Wessler, Bradley Thomas and Red Granite Pictures' Joey McFarland.
The project is currently under production.