Dwayne Johnson For POTUS. Could The Rock Win The White House? 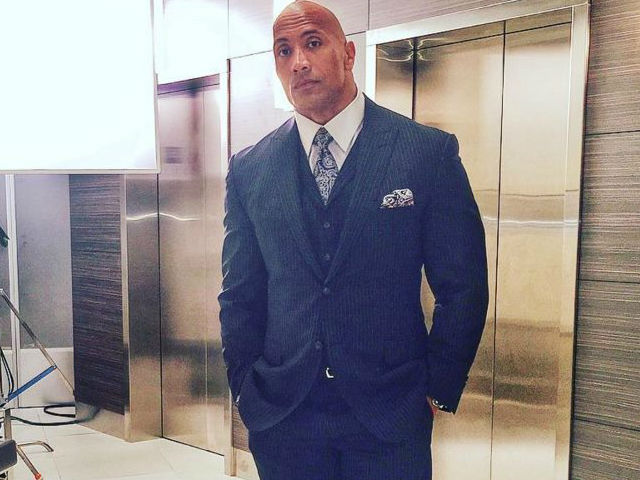 This image was posted on Facebook by Dwayne Johnson

"I'll be honest, I haven't ruled politics out. I'm not being coy when I say that, but at the moment I am not sure. I can't deny that the thought of being governor, the thought of being president, is alluring. And beyond that, it would be an opportunity to make a real impact on people's lives on a global scale"

Conservatives' efforts to recruit a candidate to compete against Donald Trump may have only been able to come up with David French, a National Review writer, who is merely contemplating the possibility of running.
But last week, a new potential candidate stepped up to the stage, if not for this race, possibly for a future one. Dwayne Johnson, the actor formerly known by his professional wrestling moniker The Rock, told British GQ that he's considered a different kind of career.
"I'll be honest, I haven't ruled politics out. I'm not being coy when I say that, but at the moment I am not sure," Johnson said. "I can't deny that the thought of being governor, the thought of being president, is alluring. And beyond that, it would be an opportunity to make a real impact on people's lives on a global scale. But there are a lot of other things I want to do first."
The prospect of yet another former reality television star running for higher office may feel improbable at best and horrifying at worst, given Trump's performance in the 2016 campaign thus far. And I can't vouch for Johnson's position on the issues - though he's registered as a Republican and has appeared at the Republican convention to boost voter registration, he's generally talked less about actual policy and spent more time flashing his famously winning smile:

But just as I was an early champion of Johnson's acting abilities - he's fascinating as a gay, closeted driver in Be Cool, mesmerizing as a an amnesiac who is not doing well in the post-apocalypse in Southland Tales and one of the funniest parts of Michael Bay's wildly underrated Pain & Gain - I've long thought that Johnson had a weirdly plausible path to a political career.
He grew up all around the country because of his father's job but makes his home in Florida, an important state in presidential election years and the place where he played football for the University of Miami. (The locker room was named for him after he made a major donation).
Since his pivot to movie stardom, Johnson has become one of the most consistently likable celebrities in America, as measured by the Q Scores Company; he'd begin any race not just with high name recognition, but also with high favorable ratings. Johnson is even descended from James Bowles, a free black man who fought with the British during the Revolutionary War when the kingdom offered land and freedom to black Americans who joined their side. (His mother's side of the family is Samoan.)
For a Republican Party that was desperate to woo nonwhite voters before Donald Trump tossed his hair in the ring, and will be even harder-pressed to woo them once our present mess is over, Johnson could be the sort of person the GOP tries to renovate into a viable candidate.
If he doesn't have policy or issue bona fides, Johnson's relative silence on substance also means he doesn't have a record that can be used to tar him as some sort of flip-flopper. And he could also make a series of carefully selected charitable and political donations designed to start building a record of positions. It's easier to teach talking points than charisma, as Sen. Ted Cruz, R-Texas, experienced earlier this year.
Of course, if he really was going to try to follow Ronald Reagan's path to the presidency, Johnson would certainly have to run for something else first. And he could do it as early as this year: Johnson has until June 24 to get on the primary ballot in Florida and join the candidates who are competing for the Senate seat Marco Rubio decided to vacate when he ran for president.
The prospect of The Rock sitting through committee hearings might be vaguely ridiculous, and a governorship would probably require him to take fewer potentially damaging votes. But the lesson of this year in American politics is that stranger things can always happen. And Trump is proof that if our politics are turning into reality-television competitions, the results could always be worse.
©2016, The Washington Post