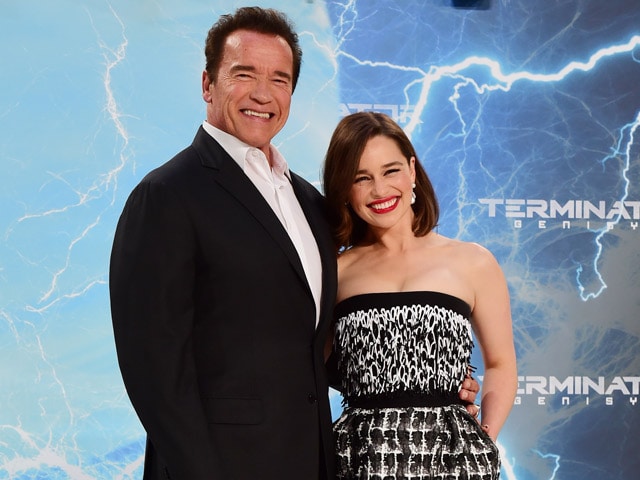 During the premiere of Terminator Genisys Emilia was aided by crutches

Actress Emilia Clarke revealed that the real reason of her hip injury, which left her unable to walk without the help of crutches, is a break dance sequence with her Terminator Genisys co-star Arnold Schwarzenegger.
The 28-year-old star opened up about the injury while attending a premiere of the sci-fi movie in los Angeles. "I fractured my hip break dancing with Arnold Schwarzenegger," she told etonline.com.
During the premiere, Emilia was still aided by crutches.
She also spoke about her experience of playing the role of Sarah Connor, which was played by Linda Hamilton in the previous two Terminator films.
When asked if she had spoken to Linda about the character, she said: "I haven't at all. I just really hope she watches it and likes it."
Terminator Genisys will release in India on July 3.