Joshua Yehl, who started the petition, quoted The Force Awakens director and said: "'The fun of Star Wars is the glory of possibility. So it seems insanely narrow-minded and counter-intuitive to say that there wouldn't be a homosexual character in that world'." 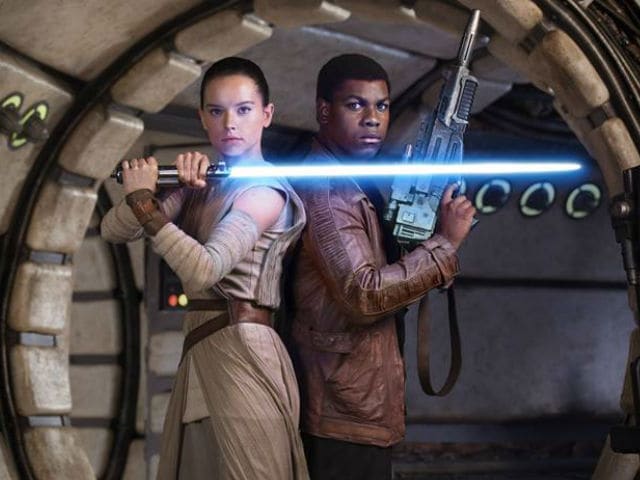 A still from Star Wars

More than three thousand people have signed a petition to make the first gay character in Star Wars universe, inspired by Drew Leinonen, one of the 49 people who died in the recent Orlando shooting. The petition has been posted on Change.org by Joshua Yehl along with headline "Make Orlando Victim Drew Leinonen the First LGBT Star Wars Movie Character" following the massacre on June 11, reported Ace Showbiz.
The petition addressed to Kathleen Kennedy (President of Lucasfilm), Bob Iger (CEO of The Walt Disney Company) and all of the crew behind the Star Wars films, the message read, "I'm writing this letter to request that Drew's passing be honored by using him as inspiration for the first-ever LGBT Star Wars character to appear in a movie. How this is done - using his likeness, running his name through one of those Star Wars Name Generators, etc. This character will not only honor Drew but all of the other victims at Pulse in Orlando, including his boyfriend Juan Ramon Guerrero, and every LGBT person to ever lose their life to hate."
Mr Yehl recounted Mr Drew's passion for the franchise. Through the message, he also made an appeal for Star Wars to include gay character as a hero alongside the other protagonists. Therefore, people will be able to see LGBT people as no different from the straight ones.
He also quoted Star Wars: The Force Awakens director JJ Abrams in the message, "Star Wars has never had a gay character appear on screen before, but as The Force Awakens director JJ Abrams recently said on the topic, 'The fun of Star Wars is the glory of possibility. So it seems insanely narrow-minded and counter-intuitive to say that there wouldn't be a homosexual character in that world'."
(This story has not been edited by NDTV staff and is auto-generated from a syndicated feed.)