Fast 8 First Look: The Rock As the Revamped Agent Hobbs is 'Dangerous'

"When you strip a man of all he has. All that's important to him. You force him to return to his roots...and sometimes that's a very dangerous and twisted place," Dwayne Johnson wrote on Instagram 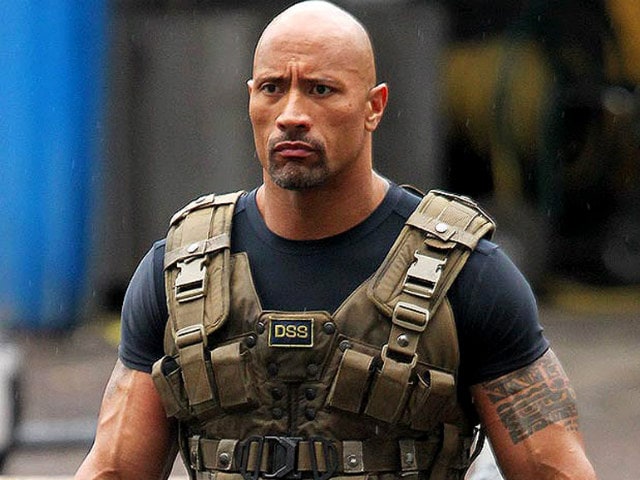 A still from Furious 7.

Wrestler-turned-actor Dwayne Johnson shared his first look from the upcoming Fast 8 movie. The 44-year-old San Andreas star revealed the look of his character- DSS Agent Luke Hobbs on Instagram on May 28.
The black-and-white photo shared by The Rock shows Hobbs with a goatee and a leather vest. The picture was accompanied by a lengthy caption which read:


EXCLUSIVE FIRST LOOK: #HOBBS #F8 When you strip a man of all he has. All that's important to him. You force him to return to his roots.. and sometimes that's a very dangerous and twisted place. If I was going to return for another FAST & FURIOUS I wanted to come in and disrupt the franchise in a cool way that got fans fired up and their blood pumping to see a new version of Hobbs and his "Daddy's gotta go to work" mentality and set the table in a cool way for where the character goes in the future. Maybe it's a spinoff movie. Maybe it's more #FF movies. Or hell maybe Hobbs just gets on his motorcycle and rides off into the sunset never to be seen again. Either way, I've had a solid first week of shooting, good to be back with the ohana, good to work again w/ my bud and director F. Gary Gray and our home studio of UNIVERSAL, as always have been the best partners to me and my #SevenBucksProds team. Most importantly... you guys around the world will really dig this new version of the role, 'cause as we always say, disrupters dent the universe. #Hobbs #TwistedRoots #1Disrupter #1Savage #F8

Fast 8, which is set to hit theatres on April 14, 2017, is currently filming, with part of the movie being shot on location in Cuba. F Gary Gray is directing the project.