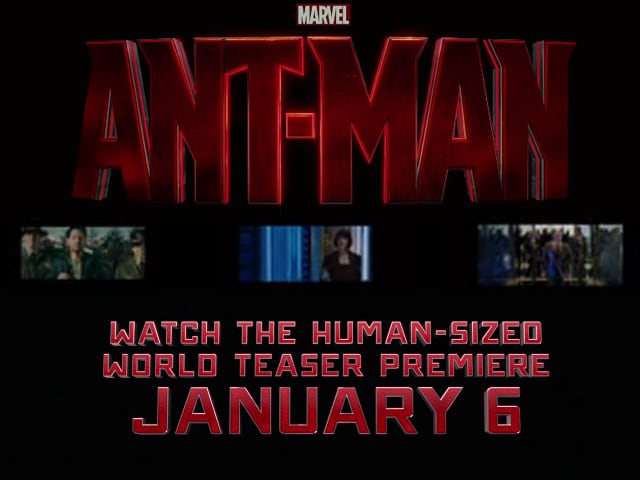 Marvel has released a teaser trailer for Ant-Man. The 18-second clip - made up of just over 10 shots - ends with a note that the full teaser trailer will air during the premiere of Marvel TV show Agent Carter on ABC on January 6, reported The Wrap.
Ant-Man stars Paul Rudd as the superhero and his alter-ego Scott Lang, with Michael Douglas as the comic book original hero Dr Henry Pym.
Peyton Reed of Bring It On fame will be directing the film. Actors Evangeline Lilly, Corey Stoll and David Dastmalchian will also star in the film.
Scott's daughter Cassie will appear in the movie and he is now "a master thief" instead of a con-man.
Director Edgar Wright was initially slated to direct the film, but as actress Evangeline Lilly revealed, it is thought that his vision for the character did not fit in the Marvel Cinematic Universe and he consequently left the project.
Ant-Man is due for release on July 17.
Watch: