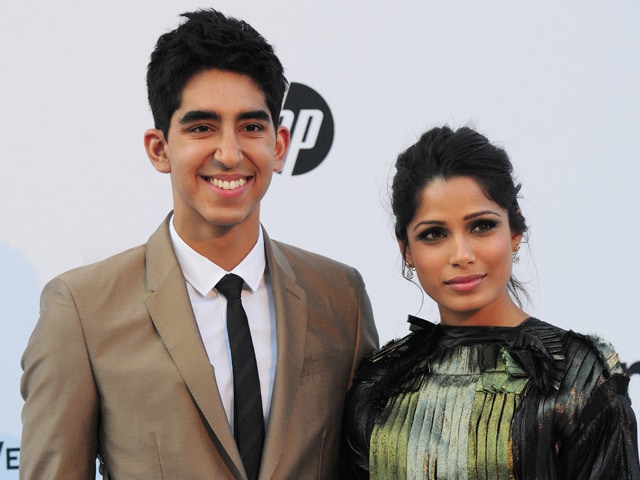 Dev and Freida met on the sets of the Oscar winning film by Danny Boyle in 2008. (File Photo)

India's most stylish export to Hollywood, actress Freida Pinto, has reportedly split from her longtime beau actor Dev Patel. The Slumdog Millionaire couple have called it quits after dating for almost six years.
"Dev and Freida have broken up," a source was quoted as saying to US Weekly . "They have been done for a while," the source added.
"Freida is single and happy," another source told the magazine, adding, "Friends are setting her up."
The couple have been open about their relationship in the past and frequented various red carpet events together. However, they had not been spotted together for almost a year and Freida also celebrated her 30th birthday this year minus Dev.
Dev and Freida met on the sets of Slumdog Millionaire, the Oscar-winning film by Danny Boyle, in 2008 and had been dating ever since.