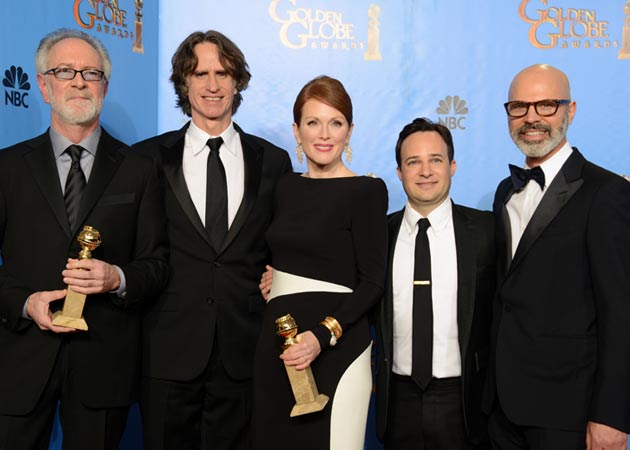 HBO's account of the rise of Sarah Palin during the 2008 presidential campaign is an early favourite at the Golden Globes.

HBO's account of the rise of Sarah Palin during the 2008 presidential campaign is an early favorite at the Golden Globes.
Game Change earned the Golden Globe Sunday as best television miniseries. Julianne Moore, who portrayed Palin, earned best actress honors for a miniseries or movie.
Ms Moore made it a point to thank another Ms Palin impersonator, in her acceptance speech. She did not thank Sarah Palin.
Veteran actress Maggie Smith, who plays Violet Crawley, the Countess of Grantham in the PBS period piece Downton Abbey, won as Best Supporting Actress in a TV series. She wasn't in California to receive her award.