George Clooney said: "I will not go to South Sudan anymore and Amal will avoid places where she knows she is not welcome" 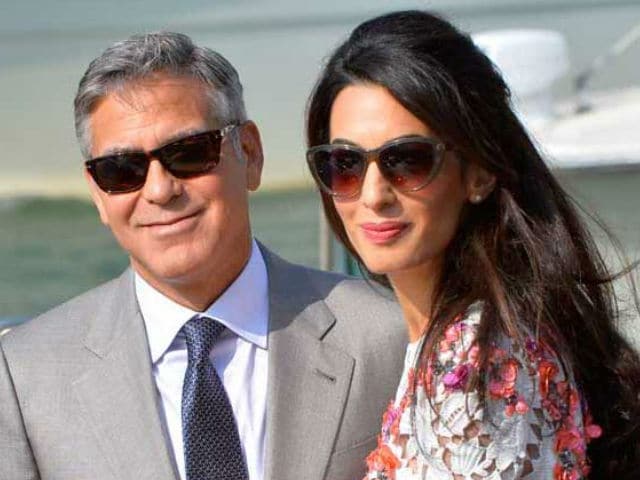 Actor Geroge Clooney told E! Online that he and his wife Amal, who is a human rights lawyer, are making significant changes in their lifestyle to protect their unborn twins. The Clooneys recently confirmed they are expecting twins - a boy and a girl - and now George Clooney said that they're both planning to proceed with caution for the sake of their children. "We decided to be much more responsible, to avoid the danger. I will not go to South Sudan anymore and in the Congo, Amal will no longer go to Iraq and she will avoid places where she knows she is not welcome," Geroge Clooney told E! Online.
"Before, I did not care, I would even say that there was a pretty exciting side to going where no reporter had ever been. We have the chance to live between three countries: Italy, America and England," he added.
George Clooney who owns a property each in Los Angeles, Italy, England and Mexico said that they will decide their permanent settlement only once the children are enrolled in a school. "In the meantime, we will continue to move according to our respective schedules. People think we're never together, but we have not been separated for more than a week," George Clooney told E! Online.
George Clooney was last seen in 2016 films Money Monster and Hail, Caesar!. He is awaiting the release of Suburbicon, which he has directed.
George Clooney and Amal Alamuddin got married on September 27, 2014 in Italy.