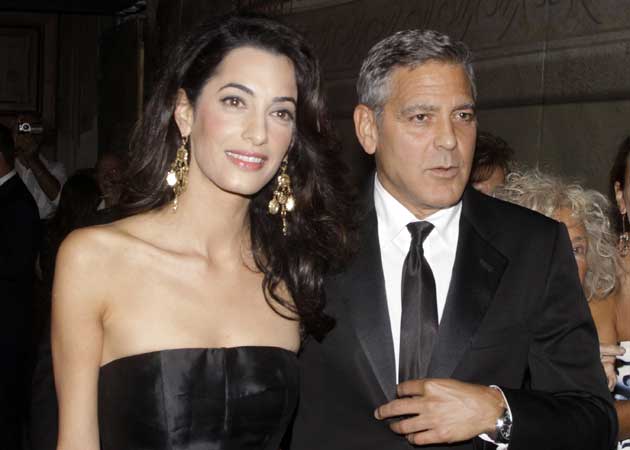 The newly-wed couple want to spend two weeks in complete isolation, away from all distractions

Unlike earlier reports, newly-wed couple actor George Clooney and British human rights lawyer Amal Alamuddin didn't jet off to Seychelles for their honeymoon. Instead, they opted for a two-week break in England.

The couple has chosen to hole themselves away in their new English mansion, which they bought in Berkshire two months ago, reports usmagazine.com.

George and Amal, who exchanged vows at a ceremony in Venice on September 27, want to spend two weeks in complete isolation. (Also Read: Their Wedding Cost a Whopping 1.6 Million Dollars)

"They wanted a simple break. Just somewhere to enjoy time together with no interruptions," a source said.

The couple's new home is said to be luxurious and well decorated. It's located close to a train station so that Amal can commute easily to her office.

"It's just George and Amal at the house at the moment," the source said and added that even her family hasn't visited their place yet.

The duo is also yet to hire a live-in chef, although they're not going as far as cooking for themselves.

"A small private catering company delivers their meals every day," the source said.

The couple is likely to return to work and normal life next week.