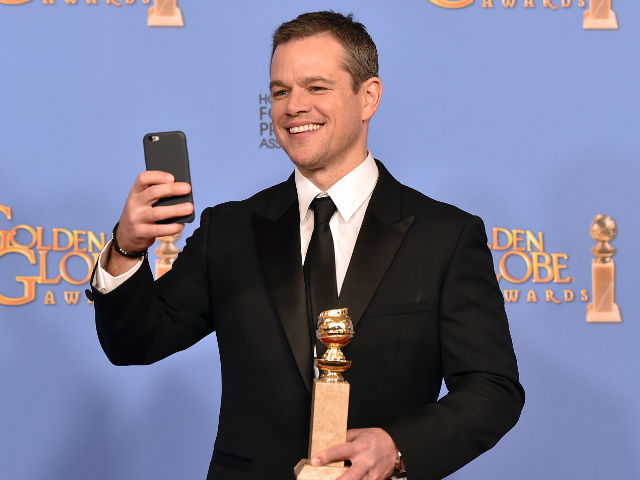 Actor Matt Damon will take home the Golden Globe for Best Actor (Musical Or Comedy) for his role in space drama film The Martian. He beat Christian Bale and Steve Carell for The Big Short, Al Pacino for Danny Collins and Mark Ruffalo for Infinitely Polar Bear to win the trophy

Matt Damon won the Golden Globe for Best Actor in a Comedy or Musical on Sunday for his role in The Martian.
The Oscar-winning actor, who played an astronaut stranded on Mars in the blockbuster film, bested Christian Bale and Steve Carell from The Big Short, Al Pacino for Danny Collins and Mark Ruffalo for Infinitely Polar Bear.
"It has literally been 18 years since I have been here, doing this. And with a little more context, I know how lucky I am and how lucky I am to do this for a living," Matt told attendees at the Beverly Hilton. (Also Read: Complete List of Winners at the Golden Globe Awards)
"We had this incredible crew and incredible cast, and it really all came down to Ridley Scott," he said, paying tribute to the British director.