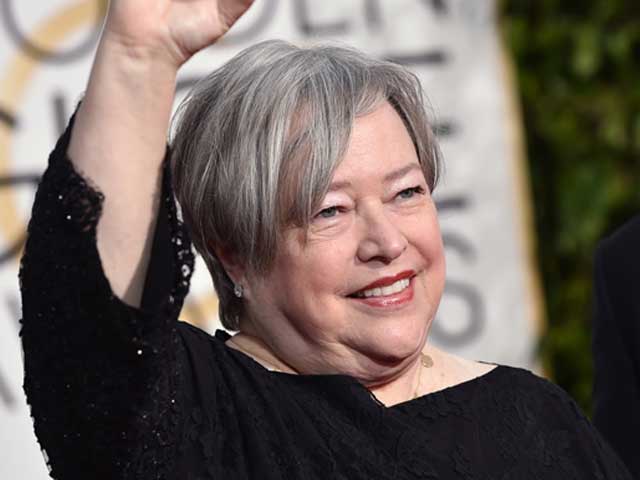 Actress Kathy Bates, nominated for a Golden Globe for Best Supporting TV Actress, went home not with the trophy that she must have been hoping to win but with an injured foot.

Ms Bates, nominated for her performance in American Horror Story: Freak Show, was reported to have injured her foot mid-show and was apparently heard crying out in pain.

Us Weekly quoted an eyewitness as saying Ms Bates "screamed out in pain and almost collapsed" before steadying herself on a chair. She limped back to her table and seemed to be crying in pain. Someone may have stepped on her foot, thought the eyewitness.

However, Us Weekly also reports that Ms Bates attended an after party where she said, "I'm fine now! I'm absolutely fine."