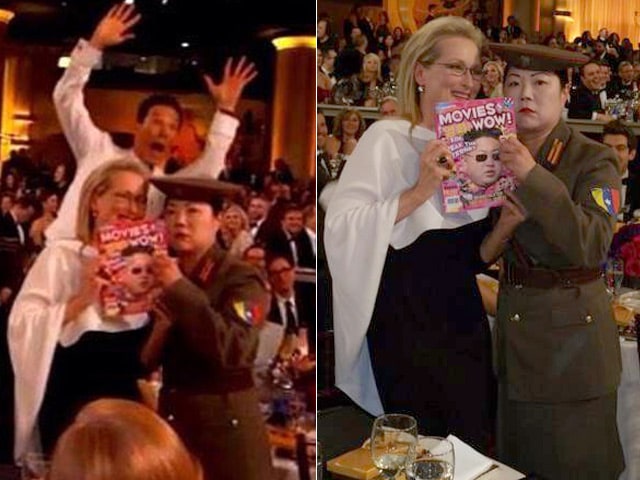 At the Golden Globes this year, the gap left by of serial photobomber Jennifer Lawrence was swiftly filled by Benedict Cumberbatch

At the Golden Globes this year, the absence of serial photobomber Jennifer Lawrence left a gap that was swiftly spotted and filled by Best Actor nominee Benedict Cumberbatch. The 'Cumberbomb' was directed mid-show at a hapless Meryl Streep and an in-disguise Margaret Cho, dressed as a 'North Korean General.' As Benedict launched himself up, up and away behind them, Globe winner Michael Keaton was the prompt paparazzo, whipping out his camera phone for a Kodak moment. 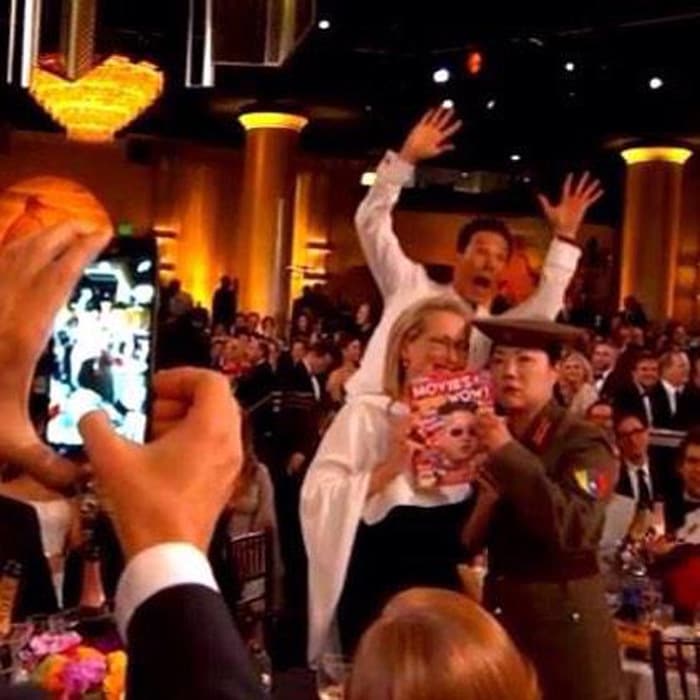 This image was posted on Instagram by goldenglobes
On-stage, hosts Tina Fey and Amy Poehler looked thrilled with the success of the gag they had set up. Some years ago, Margaret Cho played a North Korean weather presenter on Tina and Amy's show 30 Rock, much before Seth Rogen and James Franco created such a stir with The Interview. Off-stage, a sea of camera phones clicked away furiously. 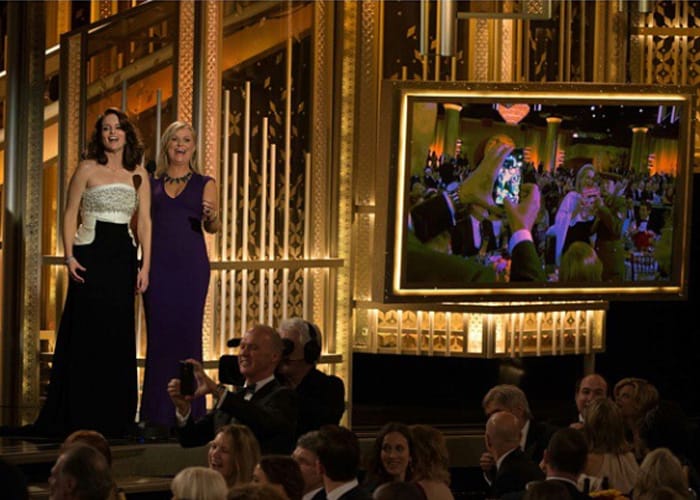 This image was posted on Instagram by goldenglobes
Fortunately for the Globes crowd, this 'Kim Jong Il' was more interested in posing with a celebrity than with making them cyber-squirm. 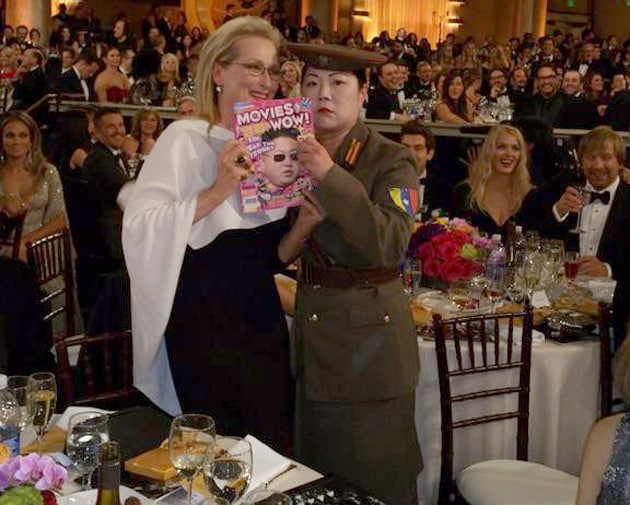 This image was posted on Twitter by Golden Globe Awards
Meanwhile, that was Benedict Cumberbatch's game face. He also brought it to an off-stage portrait with co-presenter and fellow nominee Jennifer Aniston, who looked fierce. They looked like they were having fun, even if both did go home Globe-less - Benedict losing Best Actor - Drama to Eddie Redmayne, and Jen losing Best Actress - Drama to Julianne Moore. 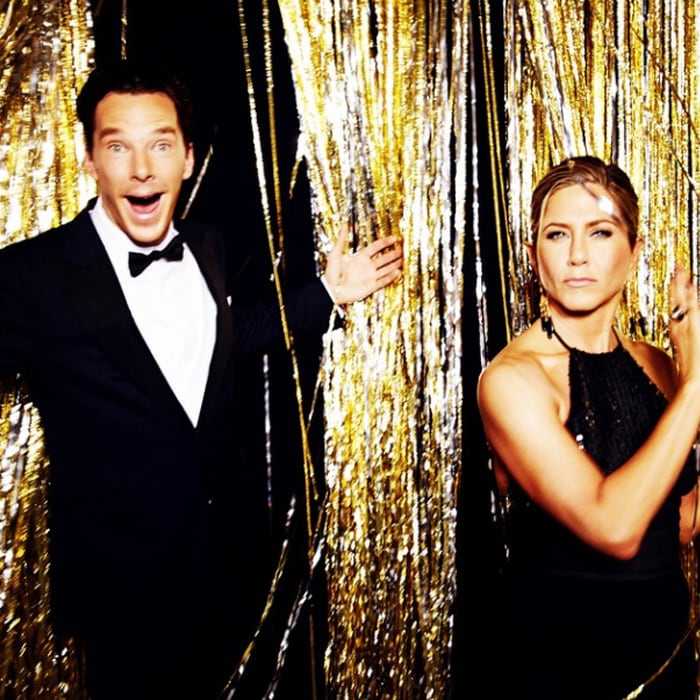