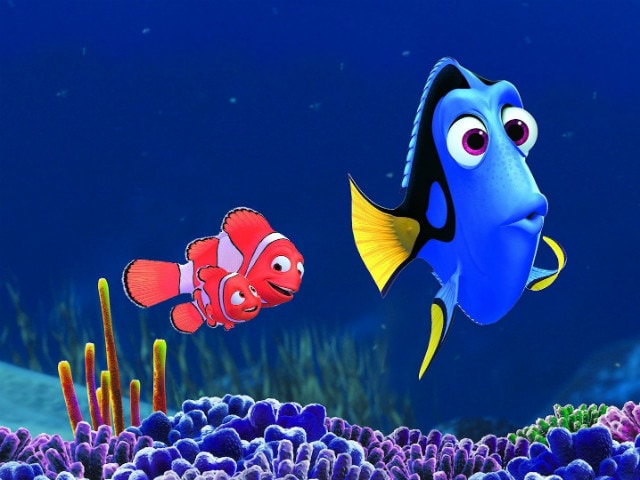 Finding Dory: A still from the film

The 2017 Golden Globe nominations are in, and yes, La La Land and the FX series The People v. O.J. Simpson predictably lead the motion picture and television pack.
But, inevitably, the Hollywood Foreign Press Association managed to serve up some surprising nods and snubs for the awards show, which serves as an Oscars predictor. Here's a look:
- TV shows that once got love get passed over
After two consecutive years of getting nominations, HBO's Silicon Valley didn't nab one in the best TV series, comedy.
Mr. Robot won best drama TV series last year, but didn't even get nominated this year. Rami Malek did score a nomination for best actor in a drama TV series, and Christian Slater received one for his supporting role.
Orange is the New Black got completely passed over this year after a critically-acclaimed season; the Netflix series has earned six nominations between 2014 and 2016.
And after three years of earning nominations and wins, House of Cards got nothing this year.
- This Is Us and other TV surprises
Epix got into the original programming game this year with the political comedy Graves, and Nick Nolte just received a best supporting actor nomination for. Yes, Nick Nolte.
NBC's sleeper hit This Is Us is an audience favorite -- and earned three nominations, including two in best supporting actress in a series.
The Americans didn't get a nod for best drama, but the FX series finally broke its Golden Globe nomination drought with acting nods for Keri Russell and Matthew Rhys.
- Sing Street
One of this year's biggest surprises came in the best comedy/musical category. This John Carney-directed Irish film, set in 1980s Dublin, earned just $3.2 million at the box office. But it was an audience favorite -- among those who actually saw it.
- Silence
This passion project from Martin Scorsese, who reliably gets recognized, was completely shut out this year, including in the director category. While there was plenty of speculation over whether his Silence would get released in time for awards season, it apparently didn't end up mattering when it came to the Golden Globes. There's always the Oscars?
- Hell or High Water
The summer sleeper hit received both best screenplay and best drama nominations, edging out Silence and other higher-profile releases. Jeff Bridges predictably scored one for supporting actor.
- Nocturnal Animals
This Tom Ford psychological thriller did surprisingly well, earning best director and best screenplay nominations. Also, Aaron Taylor-Johnson earned one for best supporting actor; Michael Shannon, another supporting actor in the film, had been considered a favorite.
- Jackie
Unsurprisingly, Natalie Portman got a best actress nomination. But the competition was too tough for it to fit into other categories; the film about Jackie Kennedy in the days after John F. Kennedy's death was considered on the cusp for the screenplay, directing and best drama categories.
- Finding Dory
Pixar movies are typical awards favorites, but this year's competition was just too tight. While Finding Dory was passed over, Zootopia and Moana -- from sister company Walt Disney Animation Studio movies -- got nods.
- Tom Hanks
He may have just earned a Presidential Medal of Freedom, but Tom Hanks won't be walking away with any Golden Globes this year. Sully didn't earn any nominations, including for best actor in a drama.
- Loving
Leads Ruth Negga and Joel Edgerton earned a best actress and best actor nomination. But this understated film that follows Richard and Mildred Loving, the interracial couple who fought for the right to be married, didn't get any other nominations, including for best motion picture in a drama.
- Fences
Denzel Washington and Viola Davis both received acting nominations, but Washington didn't get one for directing. And the movie, based on the 1983 August Wilson play, didn't receive nominations for best screenplay or best drama.
(c) 2016, The Washington Post
(Except for the headline, this story has not been edited by NDTV staff and is published from a syndicated feed.)