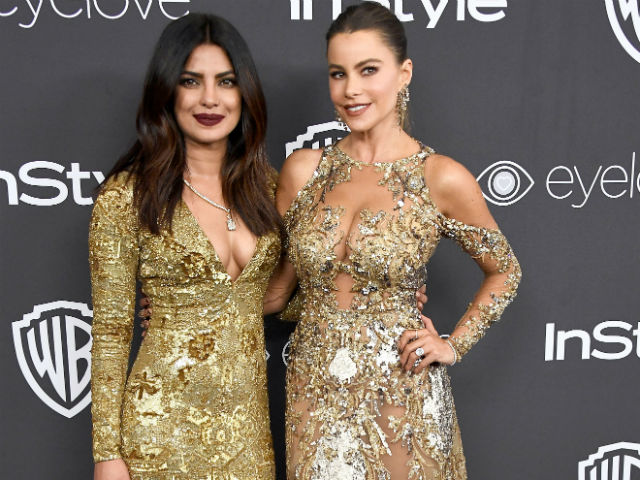 The Beverly Hilton was abuzz on all floors as outlets such as HBO, NBC Universal, The Weinstein Company, Netflix, Fox and Amazon held post-Globe celebrations throughout the hotel.
Across the lobby from the Golden Globes ballroom, stars schmoozed, drank and ate at InStyle magazine's futuristic disco gala.
Sofia Vergara and Priyanka Chopra, in nearly identical glittery dresses, engaged in an animated conversation that at times included whispered exchanges. They were interrupted by a photographer who called out, "Sparkly ladies!" to get their attention. It worked, as the two actresses vamped for the lens. 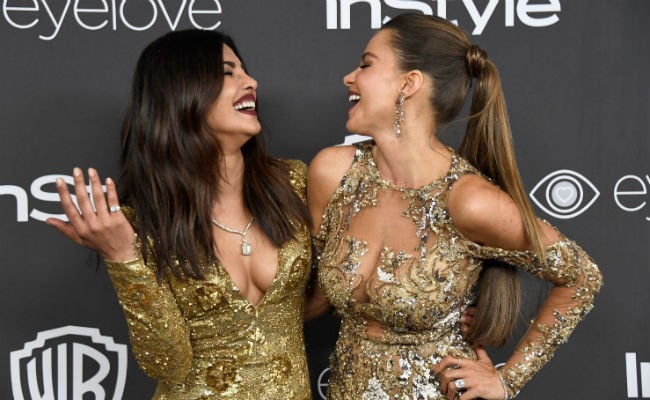 Felicity Huffman and Connie Britton found a comfortable sofa and perched side by side to survey the room. Nearby, Vince Vaughn expounded on the movie business while a small circle of partygoers listened intently. Jon Voight surveyed a buffet that included vegan risotto.
Tracee Ellis Ross, a winner for her role in black-ish," had changed from a fitted gown into a flowing golden one that matched the award she captured. Others in the packed crowd included Andrew Garfield, Ryan Reynolds and Blake Lively, and Eddie Redmayne.
During the ceremony, Garfield and Reynolds exchanged a consolation smooch when Ryan Gosling (La La Land) bested Reynolds (Deadpool) for lead actor in a musical or comedy. Garfield was a loser in another category for Hacksaw Ridge."
Meanwhile, the FOX party rocked classic tunes from Whitney Houston and Michael Jackson as guests munched on pizza and hamburger sliders. Natalie Portman held court on a sofa in the corner while double-winner Donald Glover posed for photos with fans and his two Golden Globe statuettes.