The Golden Globe nominations always have their quirks, and sometimes it seems they exist in their own private galaxy. This year's movie nominations, though, stuck close to expectations, and close to Earth: Interstellar, Christopher Nolan's high-pedigree, extragalactic space epic, was shut out save a nod for its score. Yet more surprisingly, one of the stars in our own galaxy, Angelina Jolie, missed out on the director nod for the high-profile Unbroken, which was totally shut out - as was Clint Eastwood's upcoming Christmas release American Sniper and its leading man, Bradley Cooper.

A closer look at this year's snubs and surprises at the Golden Globe nominations:

PRIDE CAN BE PROUD:

This story about an unlikely alliance - British gay activists working to help miners during their long strike in the 1980s - had garnered much admiration but little awards buzz. In a welcome surprise, the Hollywood Foreign Press Association gave the heartwarming film an unlikely nod for Best Picture, Musical or Comedy.

Angelina Jolie has always received a lot of love from the HFPA - she's been nominated seven times, even for the 2010 dud The Tourist. "This year, many expected she'd be nominated for directing the well-received World War II drama Unbroken. The film's shutout was especially surprising since Angelina had scored a Globe nod for Best Foreign Language Film for her previous directing effort, In the Land of Blood and Honey.

This British veteran was named Best Actor at Cannes - and then by the New York Film critics - for his memorably gruff performance as the brilliant painter JMW Turner in Mike Leigh's admired biopic Mr. Turner. But his terrific work was ignored by the HFPA, in an admittedly packed best-actor field. Timothy Spall may have been edged out by the recently surging Jake Gyllenhaal, who gave a superbly creepy performance in Nightcrawler.

One of the most admired actresses working today, the French Oscar winner had been a potential contender for two performances: Two Days, One Night, by the Dardenne brothers, and the Ellis Island period tale The Immigrant, directed by James Gray. Neither snagged a nod.

One of the bigger movies of the year, Christopher Nolan's Interstellar, remained tethered to the launch pad after garnering only one Globe nod - for Hans Zimmer's score. Though it hadn't figured heavily in the awards buzz - unlike last year's space epic Gravity - the film could have conceivably been nominated for Best Picture, Best Director, or for actor Matthew McConaughey, who had that wrenching scene watching video messages from his children in space. 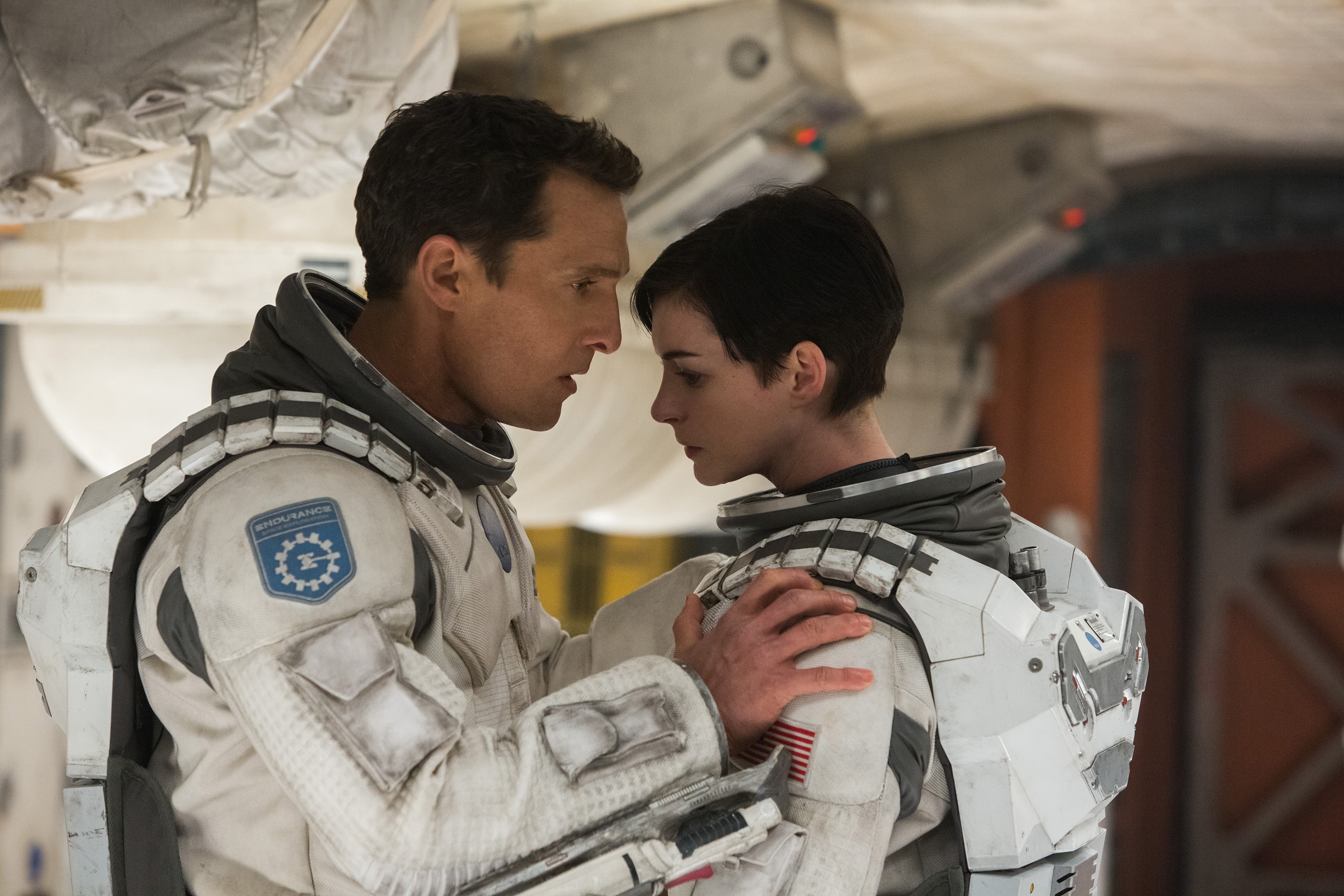 There sure are some big names associated with the Christmas release American Sniper: Bradley Cooper stars as Navy SEAL Chris Kyle, and it's directed by none other than Clint Eastwood. But the film was shut out.

AN AWARD FOR ANNIE?:

She was nominated for a Best Actress Oscar when she was only 9, for her role in Beasts of the Southern Wild, and two years later Quvenzhane Wallis is an over-achieving 11-year-old, too: She scored a Best Actress nod in the Musical or Comedy category for Annie, joining a slew of veterans like Julianne Moore, Helen Mirren, Amy Adams and Emily Blunt.