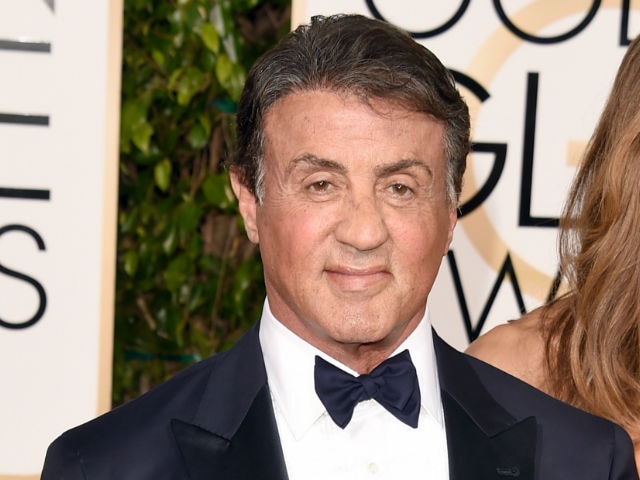 Actor Sylvester Stallone picked up the Golden Globe for Best Actor in a Supporting Role for his role in Creed. He beat Love & Mercy's Paul Dano, Idris Elba nominated for Beasts Of No Nation, Mark Rylance for Bridge Of Spies and Michael Shannon for 99 Homes to win the coveted award

Sylvester Stallone won a Golden Globe on Sunday for Best Supporting Actor for his turn in the critically acclaimed movie Creed, reprising his iconic role of boxer Rocky Balboa.
The 69-year-old Stallone - whose Balboa returns to the ring to train the son of his late friend and onetime rival - bested Paul Dano (Love & Mercy), Idris Elba (Beasts of No Nation), Mark Rylance (Bridge of Spies) and Michael Shannon (99 Homes). (Also Read: Complete List of Winners at the Golden Globe Awards)
"I'm going to try not to get emotional, because I am the sum total of everyone I've ever met and I'm lucky to absorb some of it," Mr Stallone told the star-studded event, before thanking his wife and three daughters for their support.
"I want to thank my imaginary friend, Rocky Balboa, for being the best friend I ever had," he added.
Creed is the seventh installment in the boxing film franchise.