Golden Globes: The Size 6 Dress That Made Headlines Beyond Fashion 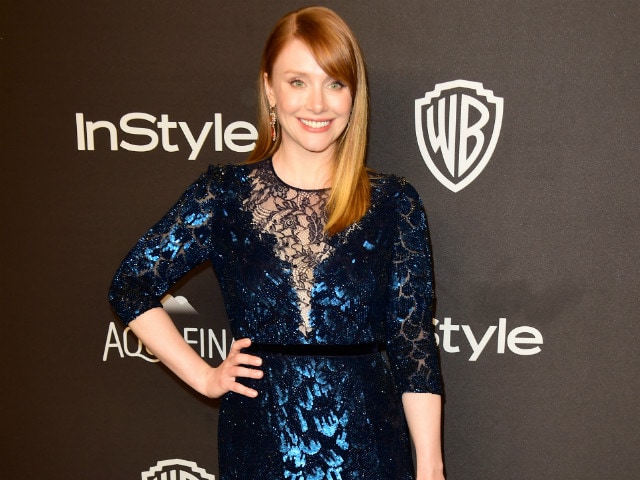 Bryce Dallas Howard photographed at the Golden Globes on January 10.

It was the 10-second comment that Bryce Dallas Howard made about the origins of her dress that sent a ripple across social media and, perhaps, if we are lucky, landed like a reprimanding thud within the fashion industry. Packham had not created the dress just for Howard. It was not borrowed. Howard had purchased it

There were a host of extravagant gowns on the Golden Globes red carpet Sunday night: borrowed, custom-made and most of them cut for the very, very tiny inhabitants of Hollywood. Brie Larson was draped in a shower of gold star dust courtesy of Calvin Klein. Laverne Cox exuded old Hollywood glamour in a white floor-length gown by Elizabeth Kennedy. And Jennifer Lopez looked more sophisticated and elegant than usual in a mustard-coloured Giambattista Valli gown that showed off her shape without revealing the family jewels. (Also Read: Golden Globes Red Carpet Report: The Good, the Bad and the Plain Ugly)
But the most striking dress was surely that of Bryce Dallas Howard - not a nominee, but a presenter. Howard's dress was cut from metallic navy lace. It had a simple jewel neckline. It had been created by the British designer Jenny Packham.
It was not the most adventurous gown. That honour might go to Jaimie Alexander, who wore a bold green, art-deco-print Genny dress with a neckline that plunged so low it might have required an entire roll of double-stick tape to keep it PG. And, aesthetically, Howard's was not the most memorable red-carpet moment. That would probably be the arrival of actor Channing Tatum with side-swept, slicked-down hair that looked like something out of a Clampetts reunion.
But it was the 10-second comment that Howard made about the origins of her dress that sent a ripple across social media and, perhaps, if we are lucky, landed like a reprimanding thud within the fashion industry. Packham had not created the dress just for Howard. It was not borrowed. Howard had purchased it. Purchased it. At Neiman Marcus.
Why? Because she said it was nice to go into a store and have lots of choices in a size 6, which in the wider world is quite petite but in the realm of actresses is edging towards plus-size.
Howard looked smashing. But more than anything, she spoke truth on the red carpet - a place where fantasy, polite banter and overly friendly back-patting are the rule. As a result, people are likely to remember her blue lace dress long after they have forgotten the more dramatic gowns and the finely tailored tuxedos that swept the red carpet.
There were beautiful frocks at the Globes, which are a fashion dry run for the bigger, more exclusive, more serious, more haute couture Oscars. Amy Schumer looked deceptively demure in a black-and-white Prabal Gurung gown with a portrait collar - but her mouth spouted subversiveness as usual.
And Alicia Vikander, from The Danish Girl," lived up to her growing reputation as a fashion risk-taker by choosing a sparkling white, ruffled pinafore-style dress from Louis Vuitton. She should get special applause for being able to pronounce designer Nicolas Ghesquiere's name accurately, but thankfully without the self-conscious rolling of the "r." It should be a rule that if celebrities are going to be dressed by a designer, they should spend a few moments practicing the pronunciation of the brand and its creative director so they don't go all mealy-mouthed under the spotlight.
The designers deserve an accurate acknowledgment for their work, particularly because most every actress decided to allow clothes to highlight their perfectly toned physiques rather than simply putting those legs and abs on display beneath a sheer scrim of sparkling net.
There was fashion craftsmanship on display, beginning with the arrival of Gina Rodriguez in a navy Cinderella gown created by Zac Posen. The "Project Runway" judge and designer for Brooks Brothers knows how to construct a ballgown that is structured and regal, and this one particularly suited Rodriguez.
That golden Calvin Klein dress was also a work of ingenuity and skill, as it managed to be revealing but also elegant. It was reminiscent of the pearl-encrusted gown worn to last year's Oscars by Lupita Nyong'o, in that it was painstakingly constructed and looked like something destined for the design house's archives and fashion's history books.
There were also sleek gowns with glorious decolletage. Sophia Bush wore a simple black one from Narciso Rodriguez, and Julia Louis-Dreyfus chose a simple black lace strapless dress from Lanvin. They looked beautiful and sexy. And they were wearing clothes. Imagine. (Also Read: Golden Globes: Glamour, Bling and Cleavage on the Red Carpet)
The gentlemen looked elegant and refined but mostly faded into the background as fashion's supporting players. The most audacious of the lot was probably Wiz Khalifa, who wore a black Thom Browne suit with a white shirt with French cuffs and a dove-gray printed tie worn loosely draped around his neck. He looked right for the evening and just like himself. But mostly, he looked like he had already been to a much better party that was too good to talk about. He made us curious and envious. And that's a fashion coup.