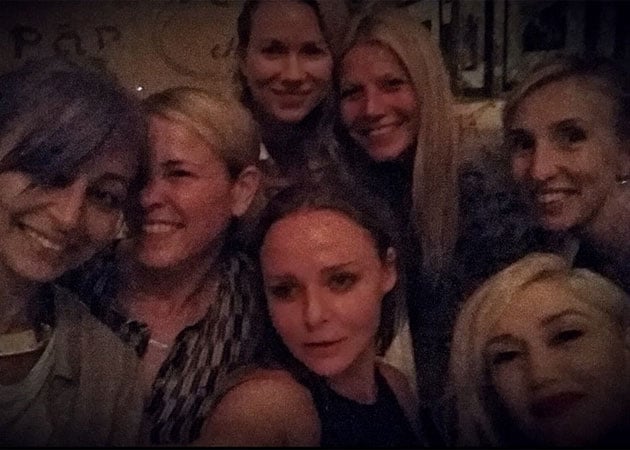 Stella McCartney had also shared a photo from the dinner in which the stars struck different poses.

Actress Gwyneth Paltrow has shared a selfie featuring many celebrity friends like Gwen Stefani and Naomi Watts during a dinner on her Instagram page. (Also Read: Gwyneth Paltrow attends Drew Barrymore's baby shower)
It was apparently taken during a dinner here on April 17, reports aceshowbiz.com.
In the photo uploaded on her Instagram, the "Shakespeare in Love" star can be seen posing with Nicole Richie, Stefani, Stella McCartney, Naomi Watts, Sam Taylor-Wood and Chelsea Handler. (Also Read: Gwyneth posts no-makeup selfie)
McCartney had also shared a photo from the dinner in which the stars struck different poses.
"Gals night out! Gwen, Gwyneth, Nicole, Chelsea, Naomi, Sam and I," she wrote.