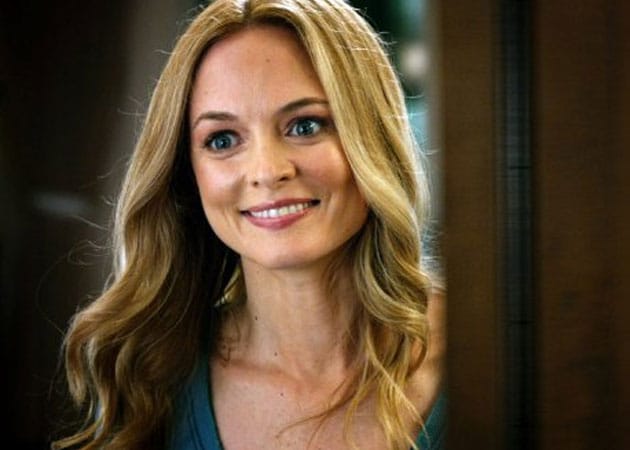 Director Todd Phillips says actress Heather Graham is like a ray of light for him in his recently released film, The Hangover Part III.

Director Todd Phillips says actress Heather Graham is like a ray of light for him in his recently released film, The Hangover Part III.
Graham was seen in the first part of The Hangover in 2009 as Jade, a Las Vegas based stripper, but was missing in the second installment of the trilogy, which released in 2011. However, her return in the conclusion has got a thumbs up from the reviewers.
"Heather has always, for me, represented a sort of ray of light, like sunshine, particularly in the bleak landscape that has been these Hangover movies. We had to bring Heather back because if we're going to Vegas, we have to visit this beacon, which she is, always. She's just this ray of light. And that was fun," Phillips said in a statement.
The movie also stars the baby, who was six-month-old in the 2009 edition, but has been shown to be a grown up boy now.
"We also brought back her kid from the first movie - that baby. We got the same actor, who was six months old then, who's now four-and-half, named Grant. He has the same cheeks as he had in the first movie...And he has a really big moment in the movie with Zach (Galifianakis). It's so cute," said Phillips.
Set in Las Vegas, The Hangover Part III also features actors Bradley Cooper, Ed Helms and Leslie Chow.