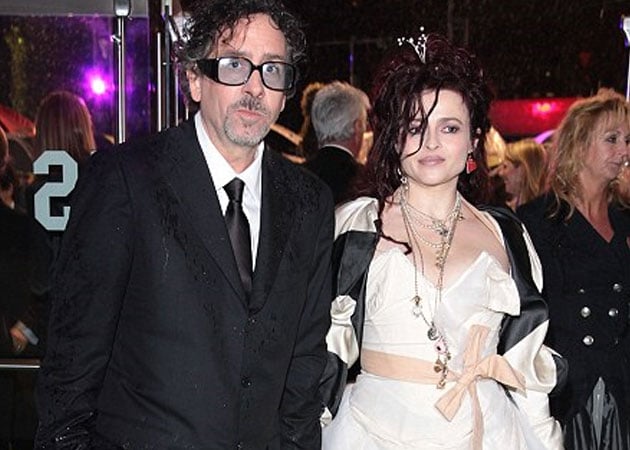 Helena Bonham Carter has hit out at claims that her long-term partner Tim Burton cheated on her after he was photographed embracing a mystery blonde.

Actress Helena Bonham Carter has hit out at claims that her long-term partner Tim Burton cheated on her after he was photographed embracing a mystery blonde.
The 47-year-old Harry Potter actress described the speculation as 'absolute nonsense', insisting Burton, 55, and the blonde were among a group of family members and friends, reported Daily Express.
"This is absolute nonsense, the pictures were taken whilst they were out and the large group includes family, friends and work colleagues," the actress' representative said.
The denial came after Bonham Carter was pictured looking tired as she emerged from a friend's car in North London, hours after the photographs of her partner were published. The images showed the Alice in Wonderland helmer in an apparent embrace with a mystery woman following a cinema date at the end of September.
Burton, who has been in a long term relationship with Bonham Carter for 12 years, was caught on camera as they returned to their car after watching cult film The Wicker Man.
The couple were last seen together in public in March this year when they attended an event with their children Billy, nine, and five-year-old Nell.