Hindi remake of Escape Plan in the works 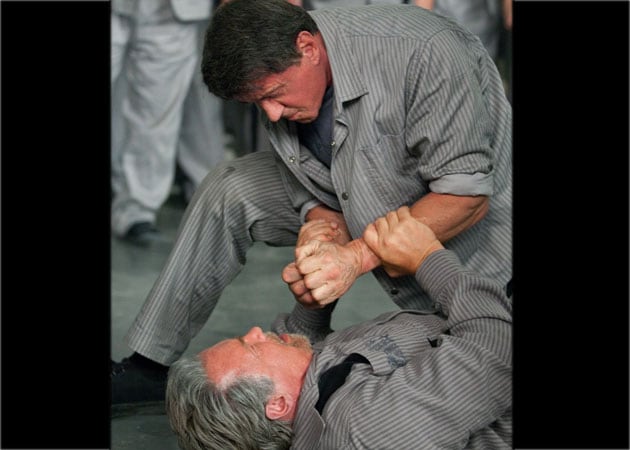 A still from Escape Plan

PVR Pictures, which is distributing Sylvester Stallone and Arnold Schwarzenegger's Escape Plan, is in the final stage of talks to bag the Hindi remake rights of the Hollywood action thriller.

PVR Pictures, which is distributing Sylvester Stallone and Arnold Schwarzenegger's Escape Plan, is in the final stage of talks to bag the Hindi remake rights of the Hollywood action thriller.
And if all goes as planned, honchos at PVR are keen to cast Desi Boyz stars John Abraham and Akshay Kumar in the lead roles in the Hindi version, said a source close to the production and distribution giant.
After talks spread over three months, the deal is said to be almost in the final stages of closure. The adaptation process may start as early as December and the film can go on the floors mid 2014.
Commenting on the development, an official representative of PVR Pictures said: "We are taking the rights of Escape Plan to be remade in Hindi. Bollywood has a huge appetite for action movies and we feel that finally the audience deserves to watch a true action film. Arnold and Sylvester are both the biggest action stars alive and we wish to cast someone for the Hindi version who is a great fit for each of the roles."
The representative said that "the convenience of the story and the plot" can easily be adapted for the Indian audiences.
"We are certain that this will make for a movie that audiences will look out for. Escape Plan has already been earning rave reviews in the US, and we feel that this coupled with power of the story makes for a rather interesting project for us to be involved with," the official said.
Escape Plan, directed by Mikael Hafstrom, releases on Friday (October 18).