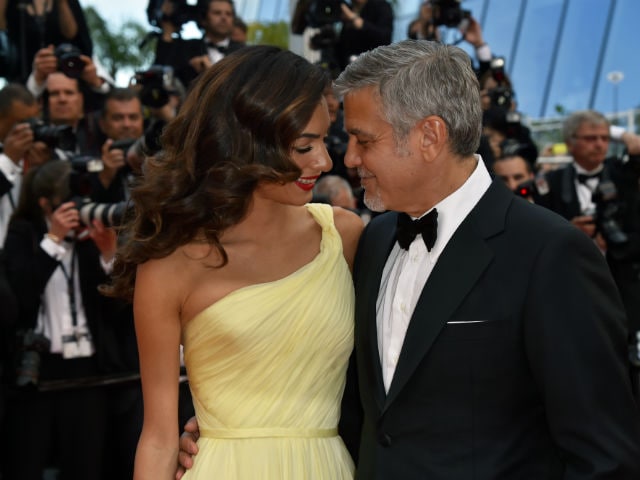 George Clooney and Amal Alamuddin are having twins and their friend Matt Damon is worried about how the 55-year-old star is going to handle the 'sleepless nights' that his only-too-immediate future holds. "(George) said to me, 'Well, you have four.' And I said, 'Yeah, but not at once!' We did it one at a time. I don't know how anybody does twins. Those sleepless nights... and there's two of them? There's just no way," Matt, 46, told Ellen DeGeneres in an appearance on her show. Matt Damon and wife Luciana Barroso, who married in 2005, have four daughters.
Speaking on The Ellen Show, Matt Damon also said it was "pretty funny" that all George Clooney's friends have children who are in or on their way to college while he's just starting out.
Watch Matt's appearance on Ellen:


Matt Damon told me why he spent Valentine's night in a bunk bed. https://t.co/oJ0jCYa67p

George Clooney and lawyer Amal Alamuddin were revealed to be expecting twins some weeks earlier, a girl and a boy. Matt Damon earlier spoke about how he 'almost started crying' when he found out from George that Amal was pregnant. Matt Damon and George Clooney are friends and co-stars from the three Ocean's Eleven films that have been made so far, Syriana and The Monuments Men. Matt Damon will reprise his role as con man Linus Caldwell in Ocean's Eight, a spin-off film from the trilogy that replaces Danny Ocean and his crew with a female cast headlined by Sandra Bullock and including Cate Blanchett, Anne Hathaway and Rihanna. George Clooney produces.
George Clooney is currently directing Matt Damon in Suburbicon, also starring Julianne Moore.