How to Avoid Star Wars Spoilers, in Just Three Clicks 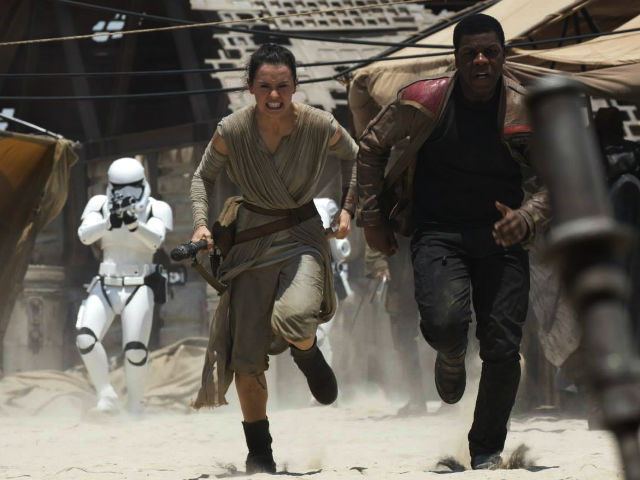 Now that the premiere of Star Wars: The Force Awakens is done, we're hitting peak spoiler danger. Luckily, there are three simple ways for a die-hard Star Wars fan to avoid any confrontation with the spoilers of the film. But there's no promise that people won't ruin things for you on social media

Now that the premiere of Star Wars: The Force Awakens is done, we're hitting peak spoiler danger: there are enough people out there who have seen the movie now who could potentially ruin it all for the rest of us before opening night.
Luckily, there are some tools out there for those who want to avoid an onslaught of spoilers. There are at least two extensions for Google's Chrome browser that will help you stay away from spoilers, by blocking out any webpage that mentions the movie's title. (Also Read: A Blockbuster Awakens: Star Wars Back on Big Screen)
Here's a look at one of them, Force Block, dealing handily with the section of Reddit devoted to "Star Wars Leaks" - admittedly not a place you would go if you were trying to avoid spoilers: Force Block also gives the option to whitelist certain sites, meaning that you can stop it from automatically block any page that happens to mention Star Wars in any capacity. You know, just in case you wanted to read any part of the Internet between now and whenever you get yourself to the movie theater. (Also Read: Harrison Ford Returns 'Home' in New Star Wars Film)
If you'd prefer things to be a little less opaque, you could also try the Star Wars Spoiler Block, another Chrome extension that lets you see a little bit of what you're missing, but not too much:
Both can be a little overzealous, presumably under the reasoning that it's better to be safe than sorry. (As far as I can tell, there are currently no Star Wars spoilers on The Washington Post's homepage.)
To install either of these tools in your Chrome browser, head to the Chrome Web Store (or just click on the links in this article.) Once you've found your extension, click "Add to Chrome," confirm the installation and enjoy the peace of mind you feel.
Of course, these aren't perfect tools. Both load their warnings a split-second after you arrive on the page, so you could get a subliminal-type flash of spoiler, if there's one on the page. And there's no promise that people won't ruin things for you on social media. The only real way to guarantee that you won't be spoiled is to cut off all communication from now until you get to the theater - but where's the fun in that?
© 2015 The Washington Post