How Vin Diesel Wished Deepika Padukone On Her Birthday 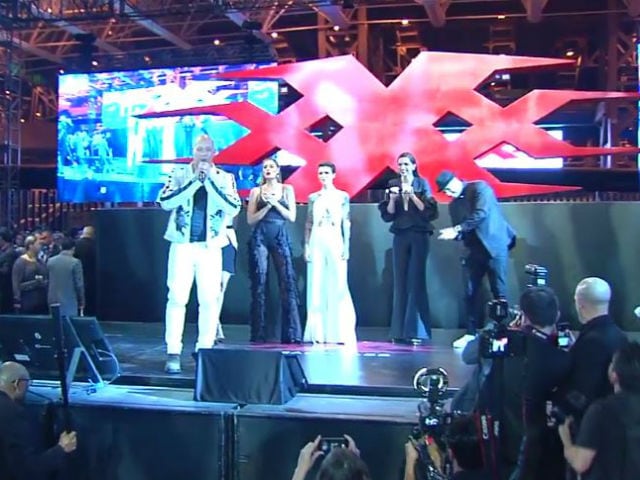 Earlier, Vin Diesel also wished Deepika on Instagram. "Happy birthday to a truly amazing soul. So talented, stunning and regal. Blessed to know you and call you a real friend," Instagrammed Vin.


Happy birthday to a truly amazing soul. So talented, stunning and regal. Blessed to know you and call you a real friend. #xXxThursdays

Earlier this week, Deepika addressed Vin Diesel with a tweet written in Hindi, in which she welcomed him to India and announced what seems like the film's probable promotion dates. In the tweet she wrote: "India is frantically waiting for you. We'll meet soon - on January 12 and 13." She signed off on behalf of everyone saying: "With lots of love." Deepika also shared a poster of the film along with the tweet.

Earlier this year, Vin Diesel, who plays the protagonist in xXx: The Return of Xander Cage, revealed that Deepika made a demand after she came on board for the film. She wanted a premiere of her maiden Hollywood film in India ahead of its worldwide release, reported news agency IANS. "When Deepika first met us to talk about the role she said, 'If I do this role you have to promise me one thing that we do a premiere at India'. And just last week we were scheduling a premiere in India for January 2017," the Fast And Furious actor said in an interview.
Vin Diesel, 49, reprises his role as the trained government operative who comes out of self-exile to battle a deadly villain in possession of a mass-destructive weapon. Deepika Padukone, features as Serena Unger - a highly classified secret operative, who is also skilled in battle combat.
Back home, Deepika plays the protagonist in Sanjay Leela Bhansali's ambitious period drama Padmavati, co-starring Ranveer Singh and Shahid Kapoor. Deepika has also shot a special sequence for the film upcoming film Raabta, starring Sushant Singh Rajput.